Manul is an amazing animal. Very similar to a domestic cat, manul is still very different from it. Having a dense body on short legs, the cat grows up to 50-65 cm, weighing about two to five kg.
Interesting fact: for one square centimeter of the manul's body, there are 9000 hairs, which makes its hair thick. 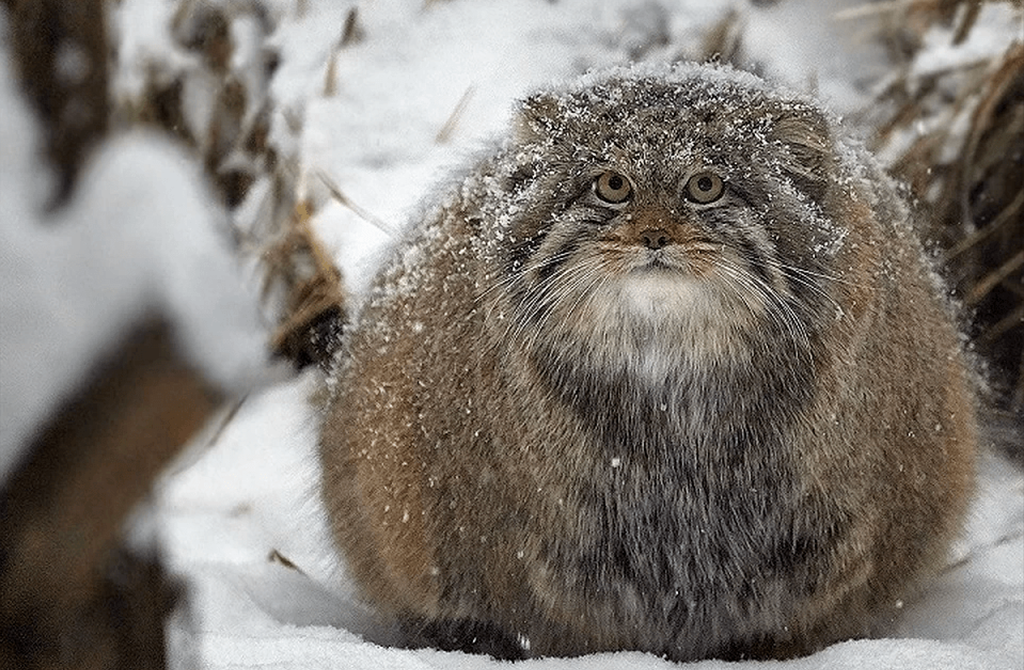 The unusual pale-ochre color is given by the spots located on the head of the animal, oblong stripes on the elongated tanks on the cheeks, and stripes on the tail. The white tips of the wool hairs are also characteristic in color, which give the impression that the manul is dusted with snow. This disguise helps the animal to remain unnoticed among the rocks and yellowish steppe vegetation.
The cat owes its popularity in the Internet space to the expression of its muzzle and small, tightly pressed ears, which give the impression of an angry temper of the cat and this is not a deceptive impression. 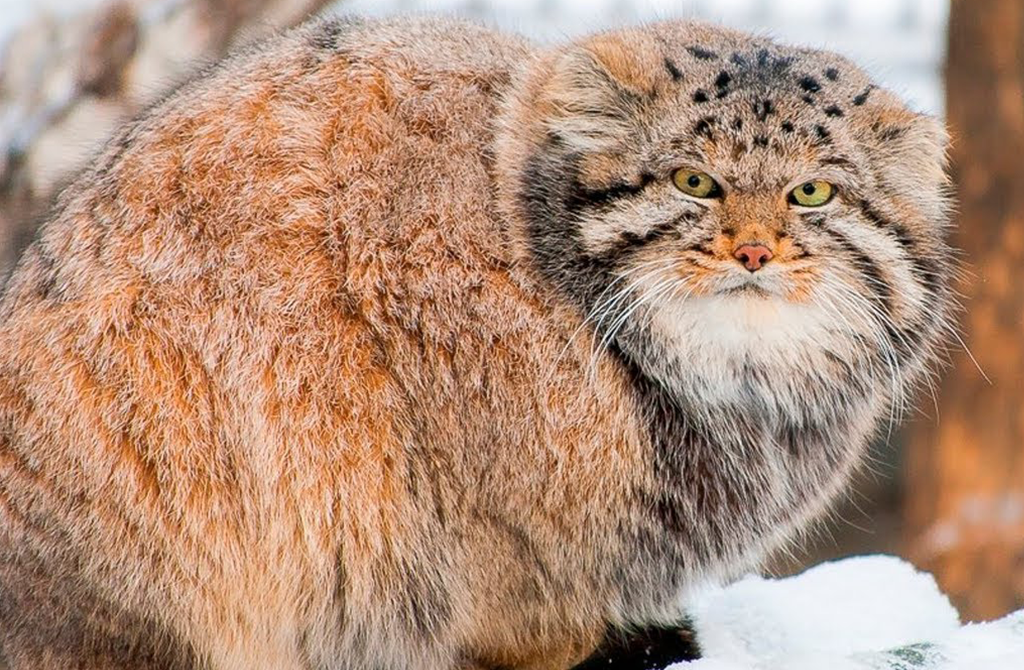 For all the similarity of a wild animal to a beloved pet, it remains a steppe manul. The wild cat lives in the treeless mountains of arid regions, in stony deserts and steppes in Central and Central Asia, from southern Transcaucasia and Western Iran to Transbaikalia, Mongolia and northwestern China. 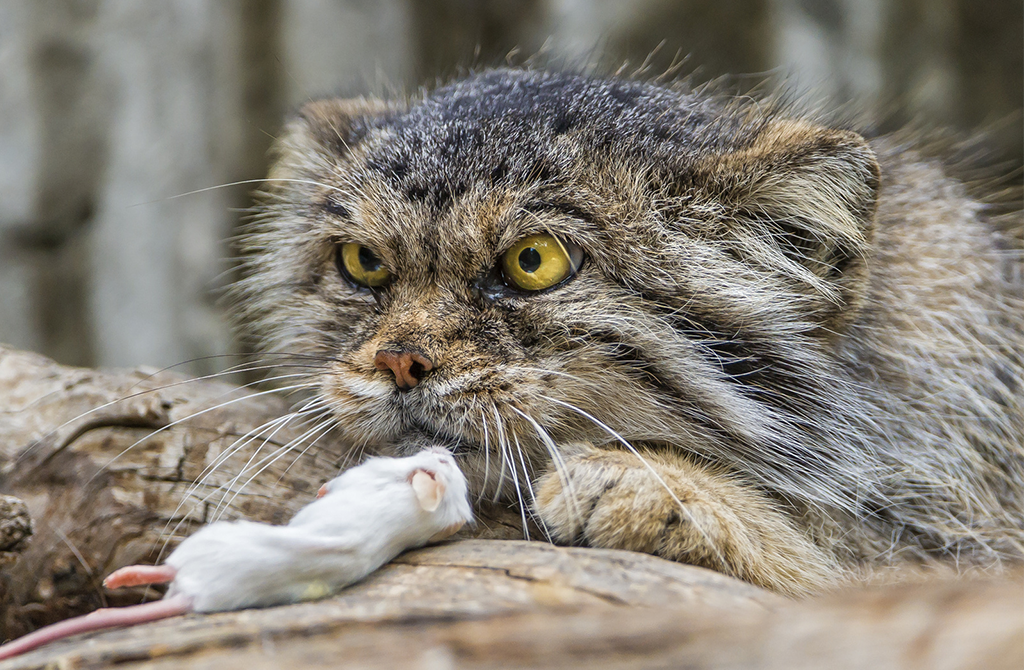 Manul belongs to the cat family, like all cats, it is a predator. He begins his hunt early in the morning or in the evening with the onset of the first twilight. During the day, the animal prefers to sleep in its shelter. The steppe cat never pursues its prey, but can wait for its catch for several days, hiding in a shelter. Naturalists like to say that this cat is never in a hurry.

Where did these photos come from? 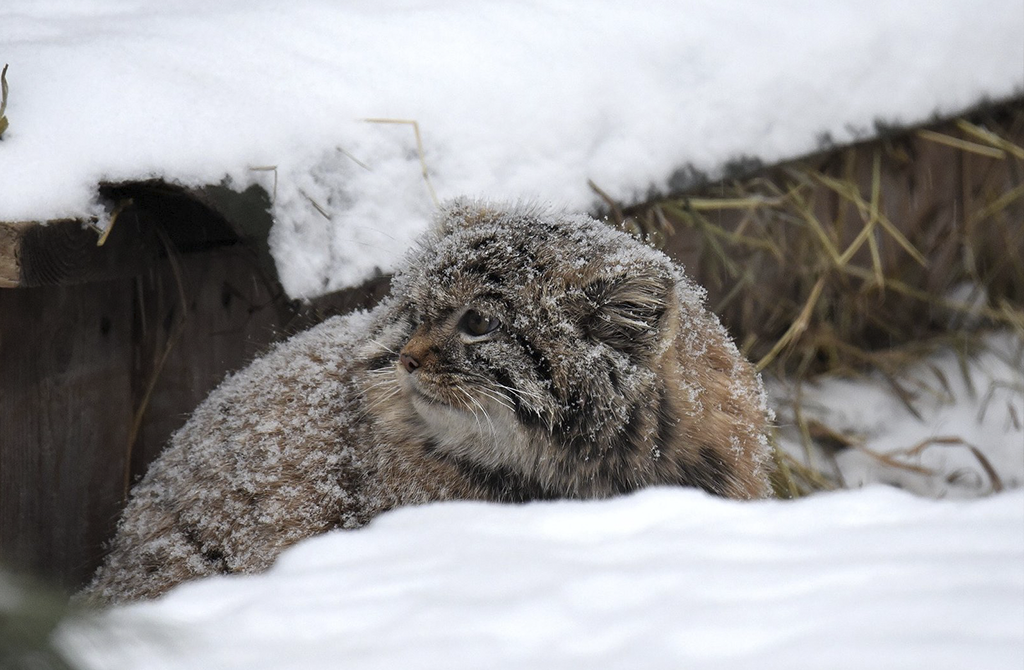 Since the manul has a thick skin and short legs, its mobility is limited. Strong storms are not uncommon in the steppe where manul lives. Manul is adapted to these conditions in his characteristic unhurried manner. If a cat is caught in a storm on the steppe and is far from rocky shelters, it will not run away from the storm, it will lie down, waiting for the storm to subside. Hence the pictures of naturalists, where the snow-dusted cat already resembles a snowdrift. 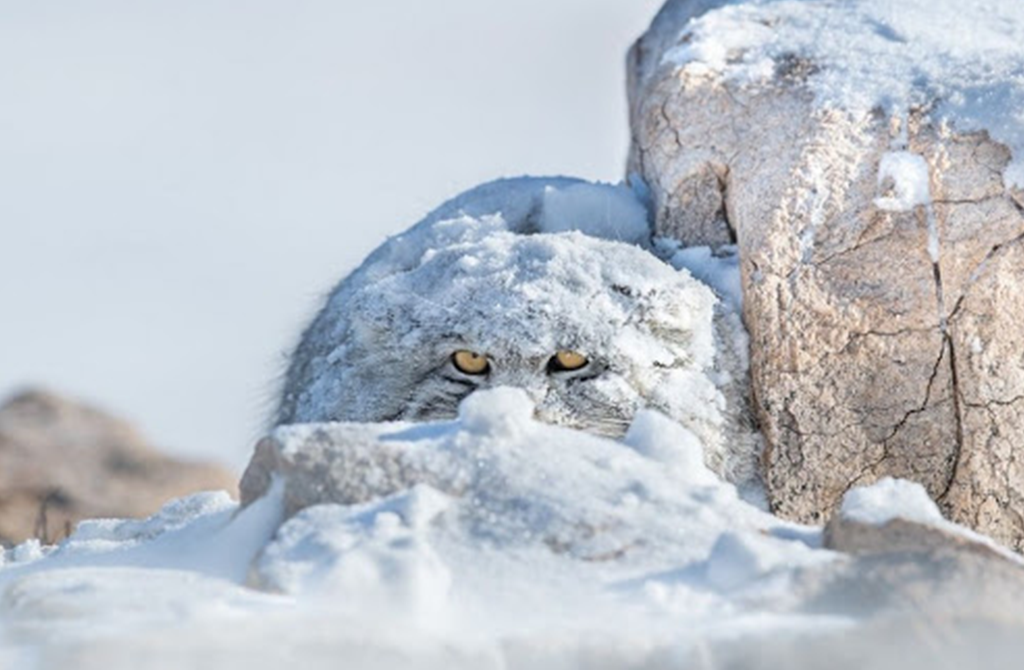 Interesting fact: Manul does not know how to growl. The sounds it makes are a short snort or a hoarse rumble.
Because of its small size and commitment to open spaces, the animal's life is full of danger. At any danger, manul prefers to hide or climb on the rocks so that it is not noticed. 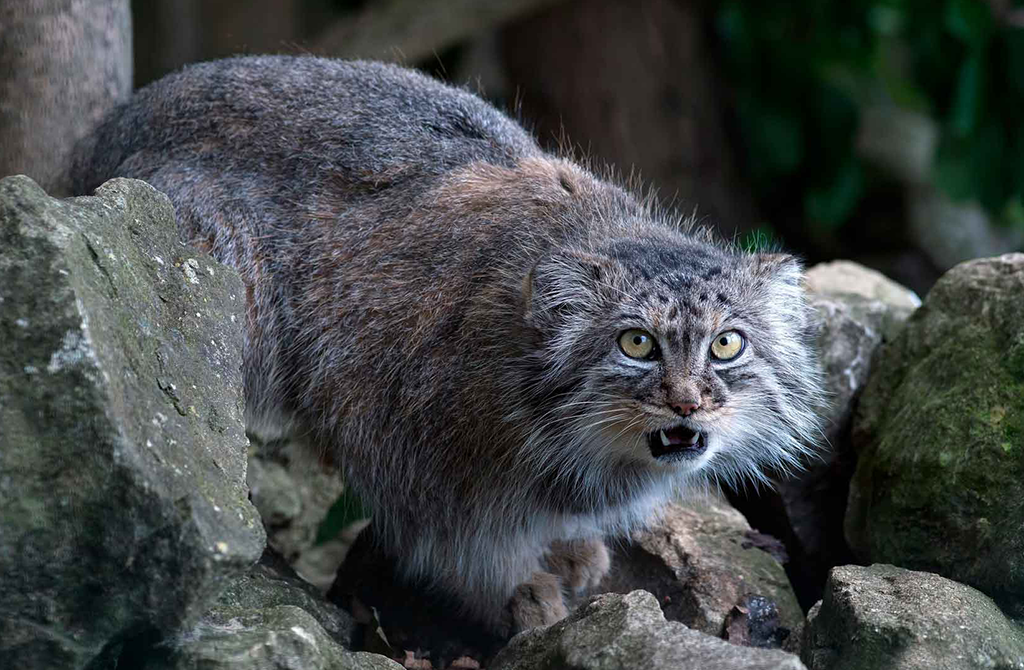 Everywhere, not excluding protected areas, the number of manul is small and continues to decline. In places, it is on the verge of extinction. The exact figure is unknown due to the secretive behavior of the manul and the mosaic nature of its distribution. At the turn of the 2000s, the total number of manuls in Russia was estimated by experts at 3000-3650 individuals. Manul is listed in the Red book of the Russian Federation, in the IUCN Red list with the status "close to threatened" and in Annex II of the cites Convention (1995). The hunting of the manul is prohibited everywhere. 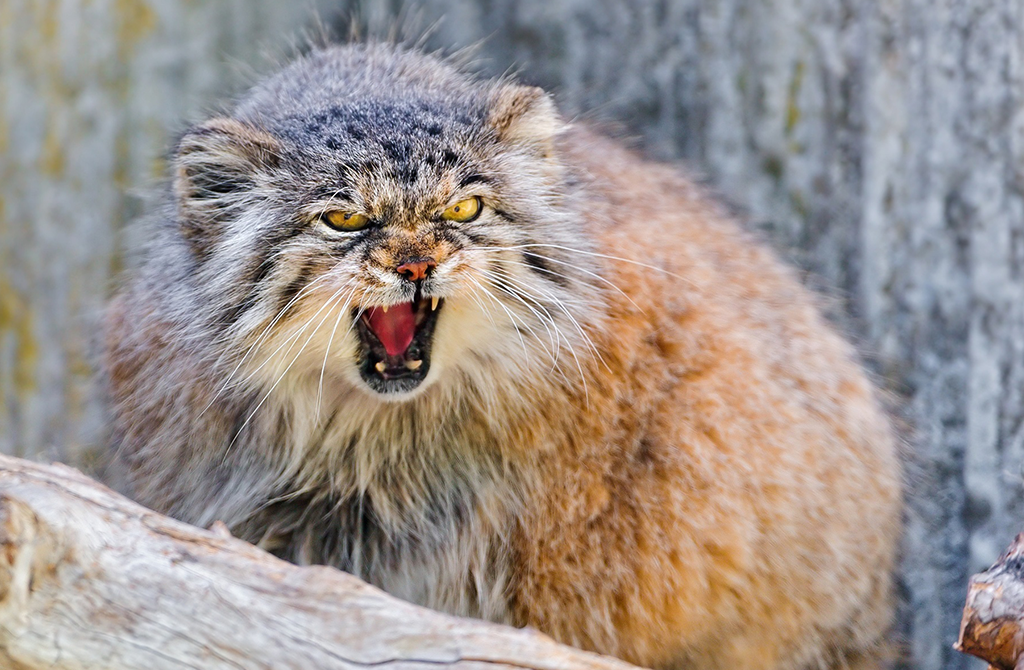 Manul is difficult to track down, it leaves almost no traces and chooses a secluded crevices, because it is still little studied and described. Scientific works that help to preserve the manul will help to expand knowledge about the biology of the manul and identify the main causes of sharp fluctuations in its population.

We sometimes forget that man is not the king of nature, but only a part of it that is equal to all others. And sometimes nature itself reminds us of this, and in a cruel way. The new coronavirus epidemic is an example of this.