1. Who is Mike and why he lived without a head? 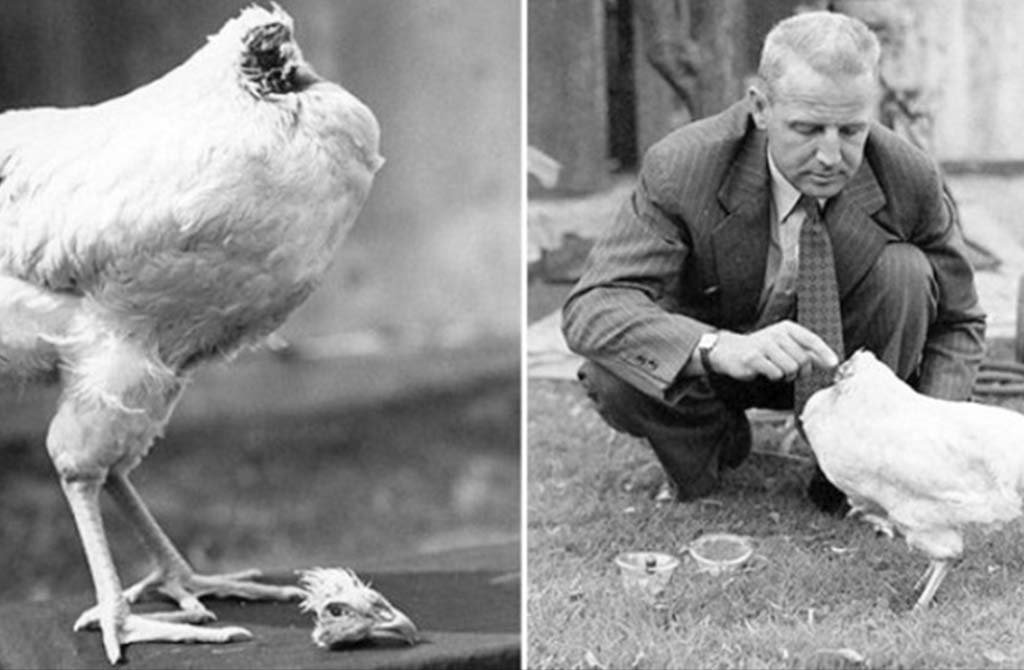 A rooster named Mike lived on Lloyd Olsen's farm in the small town of frita, Colorado, USA. On September 10, 1945, the Olsen family chose Mike as their dinner date, and Lloyd went to the yard to chop off the rooster's head. At that time, Mike was still practically a chicken, he was 5.5 months old. Unexpectedly for the owner, the severing of the head did not lead to death. Some time after the head was cut off, the rooster continued to live as if nothing had happened. 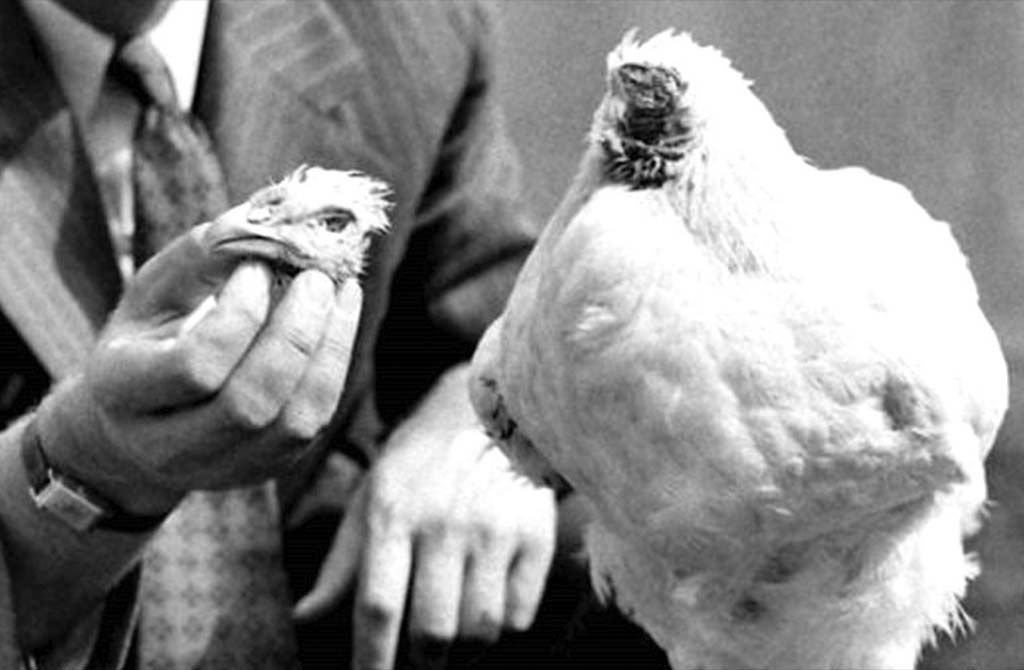 Mike survived due to an inaccurate axe blow: the jugular vein was not hit, leaving one ear and most of the brain stem intact. Since the main functions (breathing, pulse, etc.), as well as most reflex actions are controlled by the brain stem, Mike remained alive. A post-mortem examination by pathologists showed that the carotid artery was also not affected, so Mike did not die from bleeding. 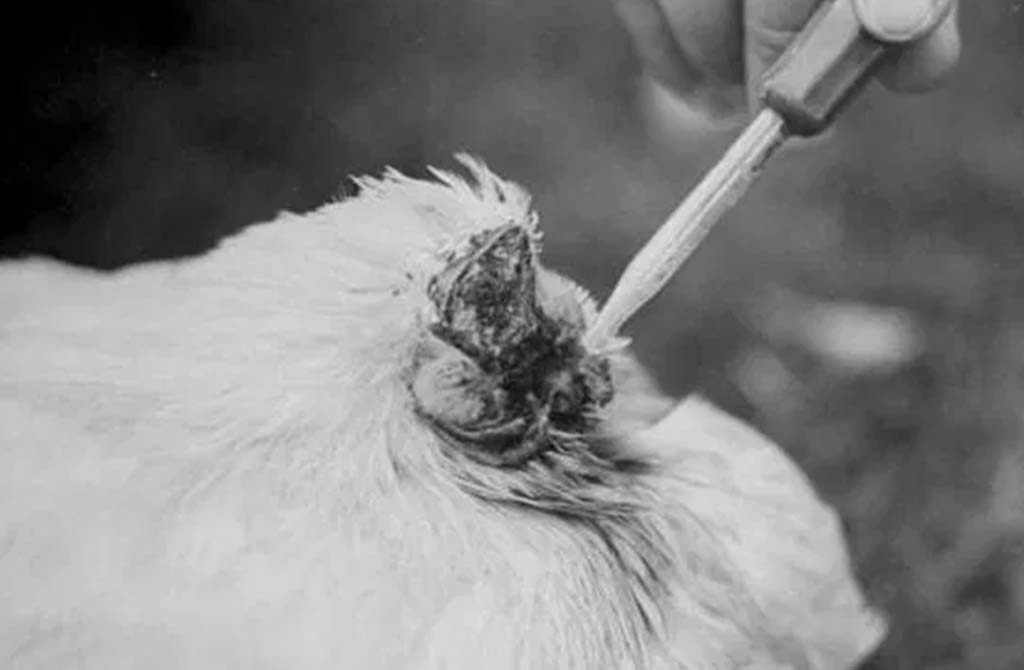 The surprised owner decided not to kill the rooster, but to continue taking care of Mike. Caring for the decapitated bird was not easy: Lloyd had to regularly feed the rooster a mixture of water and milk, as well as wash the entrance to the esophagus with a syringe. Despite the difficulties with leaving, the rooster did not feel any inconvenience, as evidenced by his behavior. The rooster led an active lifestyle: sleeping on a perch, walking around the yard. The owners noticed how Mike tried to brush his feathers and even crow, judging by the characteristic movements.

3. How did the absence of a head make Mike and his hosts famous? 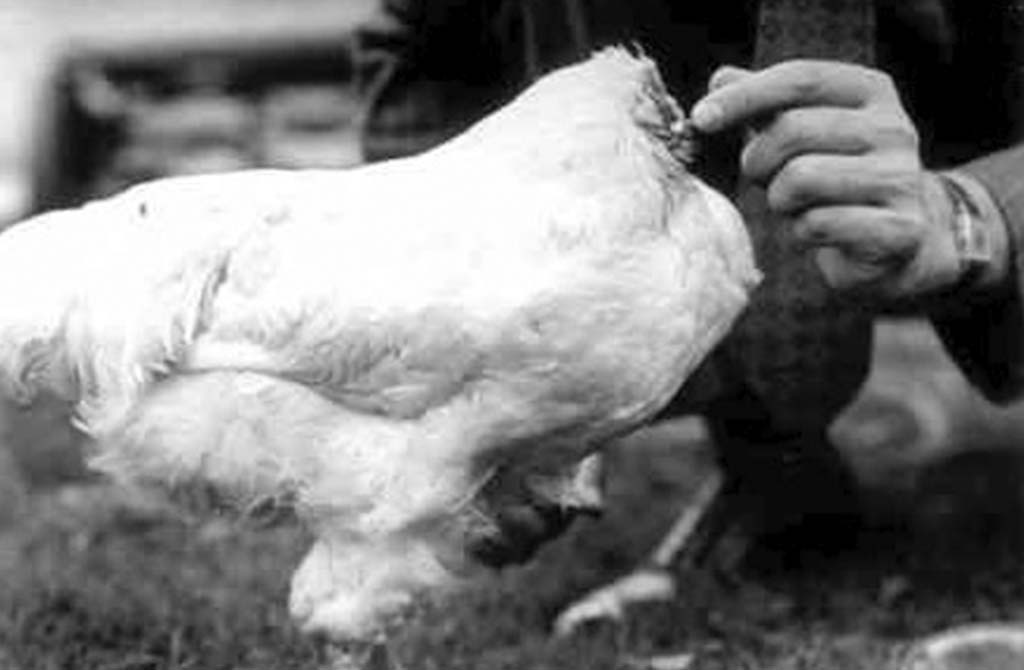 Mike quickly gained recognition and popularity, and his owners noticeably improved their financial situation. The Olsen family turned the rooster into an attraction: Mike was put on display for a fee of only 25 cents. Thus, the life of a rooster brought the family an income of at least $ 4,500 each month. The popularity of the rooster was not limited to the exhibition: major American publications, such as "Time" and "Life", regularly wrote about it, followed the development of its history. Mike became a real model: he was photographed with, his photos were printed in the Newspapers.

The audience was curious to see this miracle. The owners proudly displayed both the rooster and its severed head, although this exhibit was a fake. Mike's real head was eaten by a cat.

The growing popularity of Mike and the prospect of making a profit provoked people to want to have the same rooster: people cut off the heads of domestic birds, but none of them managed to survive.

4. What did Mike the rooster die of? 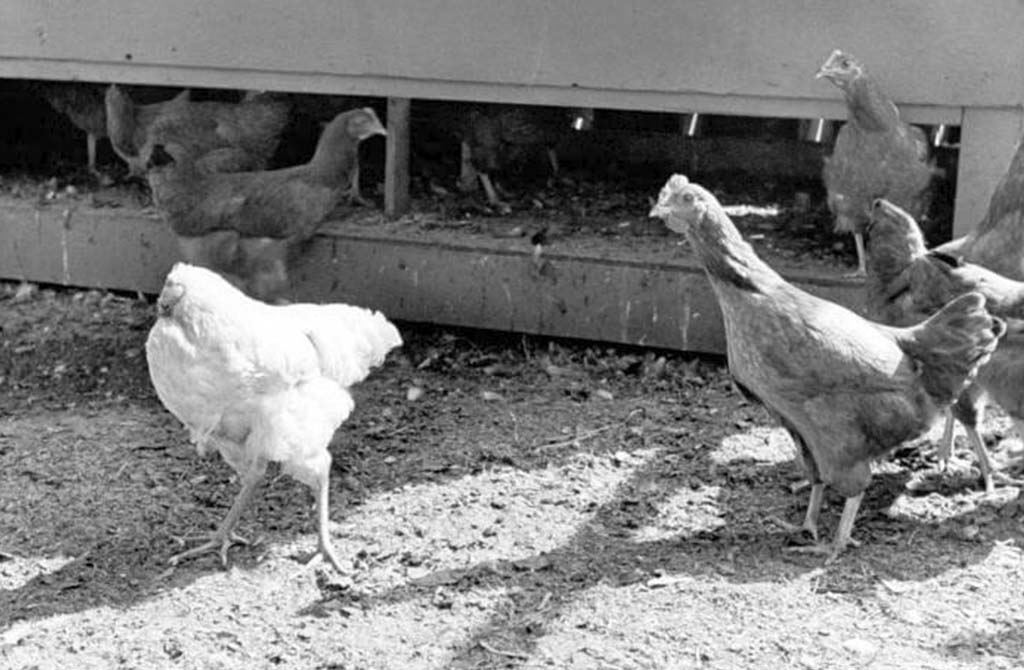 Mike died in March 1947 in a Phoenix Motel. The exact cause of Mike's death has not been determined. According to one version, the rooster died from a ruptured trachea. According to another – the owners did not feed and clean the bird's esophagus in time, which led to death. According to Lloyd Olsen himself, the rooster was sold, but no trace of it was found until 1949, after which the search ceased.

Mike's amazing, sometimes shocking life is the story of another century, another generation. It is inherent in man to admire nature, every manifestation of it, but this is an art that man has mastered for centuries. 18 months of Mike's life is an example of cruelty to animals. Looking back, studying the facts, we must not forget that animals are loyal friends who deserve humane treatment.