Animal worship-zoolatry-was part of the culture of our ancestors. To us, these customs seem to be remnants of the past, but some peoples treat animals as deities, and today it is considered part of everyday life. What animals are most likely to be the object of worship? 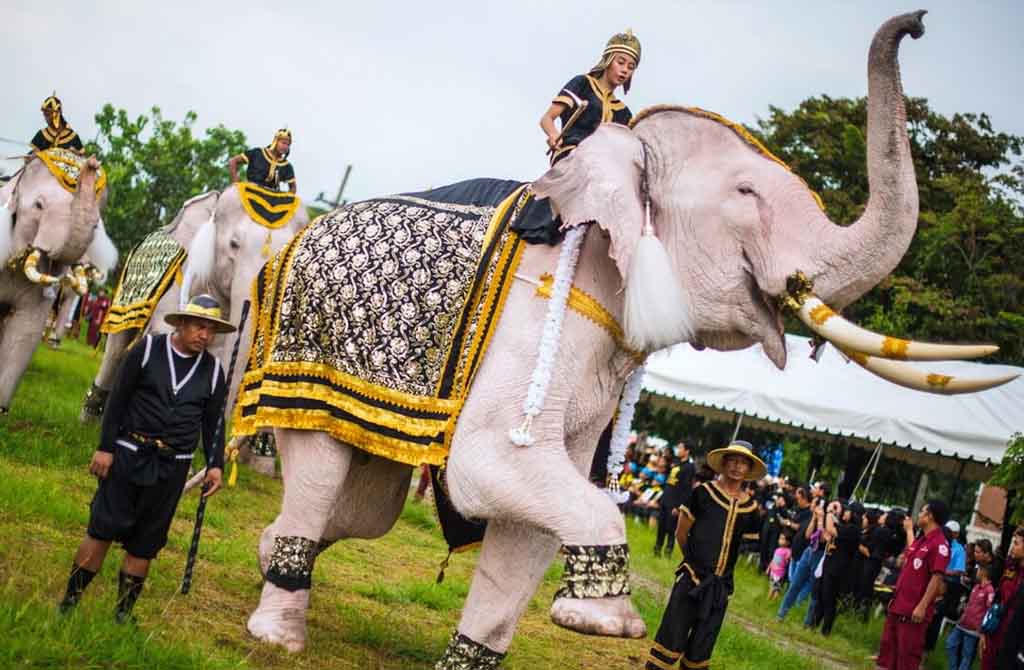 The elephant is still considered a sacred animal in Asian countries. In Thailand, it is believed that the white elephant is the bearer of the soul of the deceased person. Such elephants are the property of the king. If a person meets a white elephant in the forest, they should bring it to the Royal residence. For this, he receives a lifetime allowance.

In South India, there are special temples where the servants raise elephants and then worship them. This sight attracts many tourists. 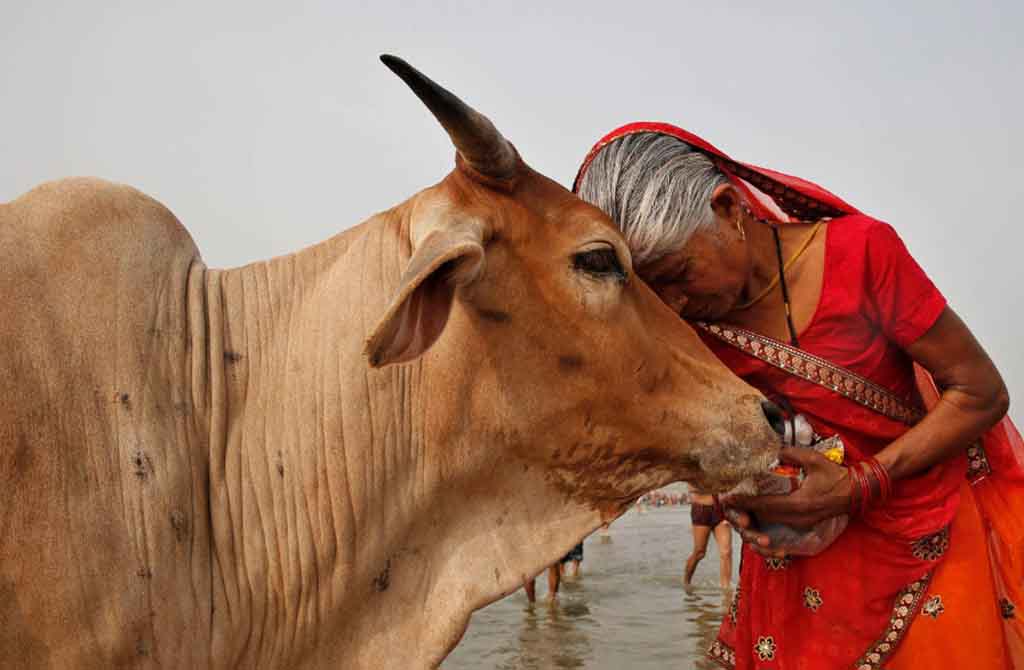 The cult of sacred animals is widespread in India. In addition to elephants, cows are revered in India. The Hindus ' respect for these animals is so great that when a cow enters the roadway, both pedestrians and cars, including police and ambulances, give way to it.

Cows walk freely on the streets, and local residents feed them when they need the support of higher powers in some important matter, for example, before an operation or exam. Cow's milk is considered a particularly pure product and is used in Hindu religious rituals.

This also applies to cows in neighboring Nepal. 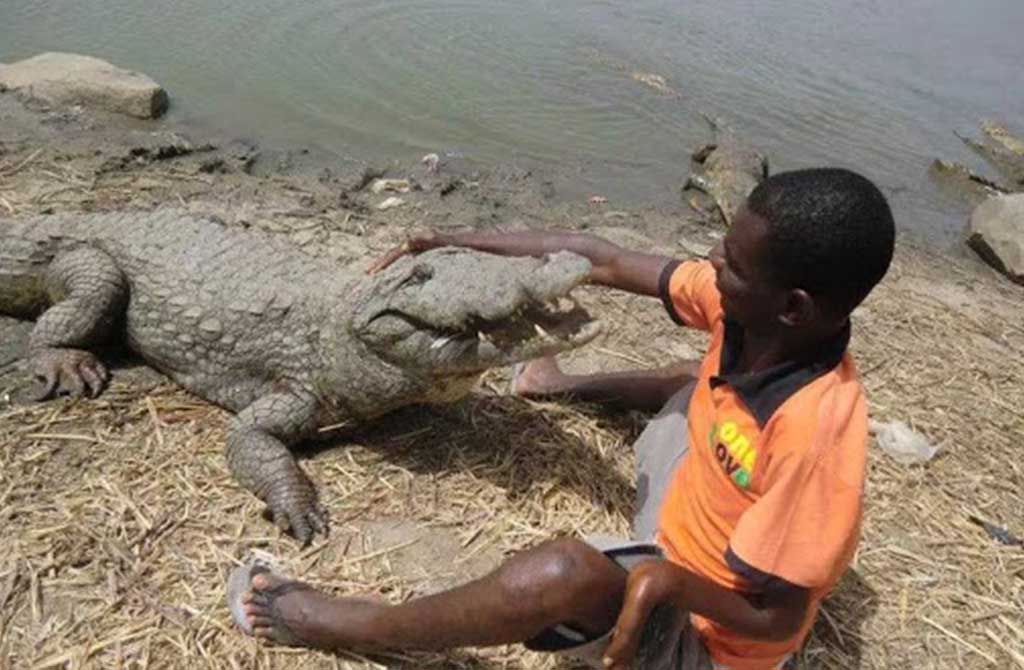 Crocodiles have been sacred animals since Ancient Egypt. The crocodile God Sobek was the patron of the Nile's flood waters. It was believed that it protects people by scaring away the forces of evil.

Now crocodiles are revered in some areas of Burkina Faso. In the village of Sabu, there is a special pond of the sacred crocodiles. Usually they are calm and not aggressive, they can even be petted, because the servants of the cult feed them to their fill. But it is believed that crocodiles sense bad thoughts and intentions and can bite a bad person. For local residents, they serve as a kind of "lie detector". If someone is suspected of cheating, they are asked to go to the edge of the pond. The villagers are sure that the crocodiles will attack the liar and will not touch an honest person. 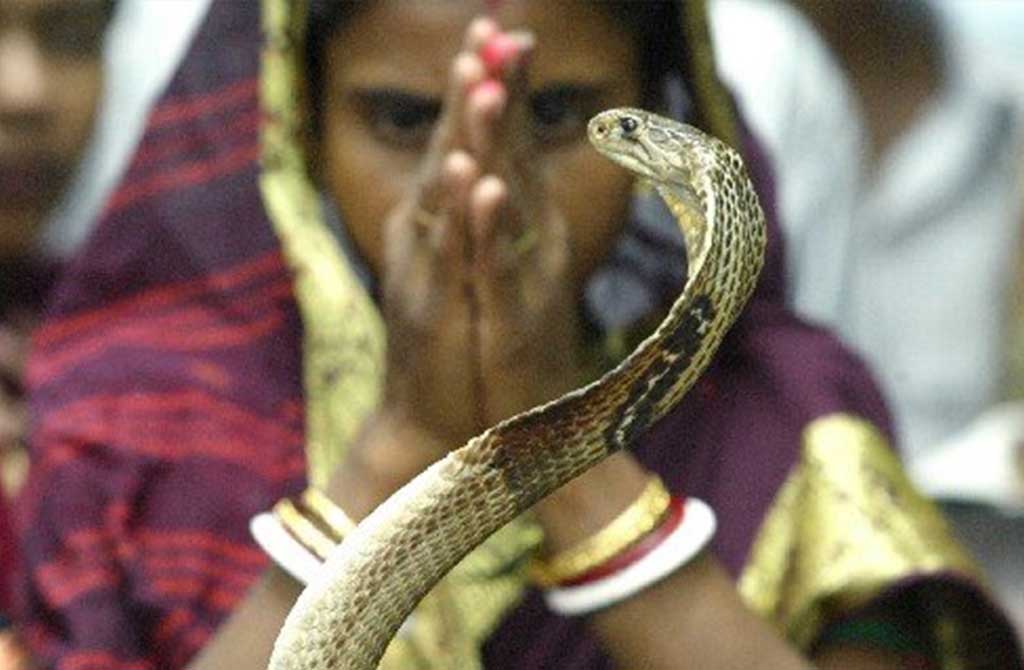 Another sacred reptile, revered by many ancient religions - the snake. Today, the biggest fans of snakes are Indians. This attitude to these animals is rooted in their religion. According to Indian beliefs, there is a nation of Nagas - powerful beings with the body of a snake and one or more human heads. Naga women are beautiful, and sometimes marry earth rulers. A dynasty of Maharaj was considered to be the descendants of Nagas. Temples were built and continue to be built in honor of the Nagas and their closest relatives, the snakes.

Snakes in India feel no less at ease than cows. If a snake crawls into a house, the Indian will never turn it out or harm it, but will try to politely persuade it to leave. If this doesn't work, he uses the services of a street snake Charmer. 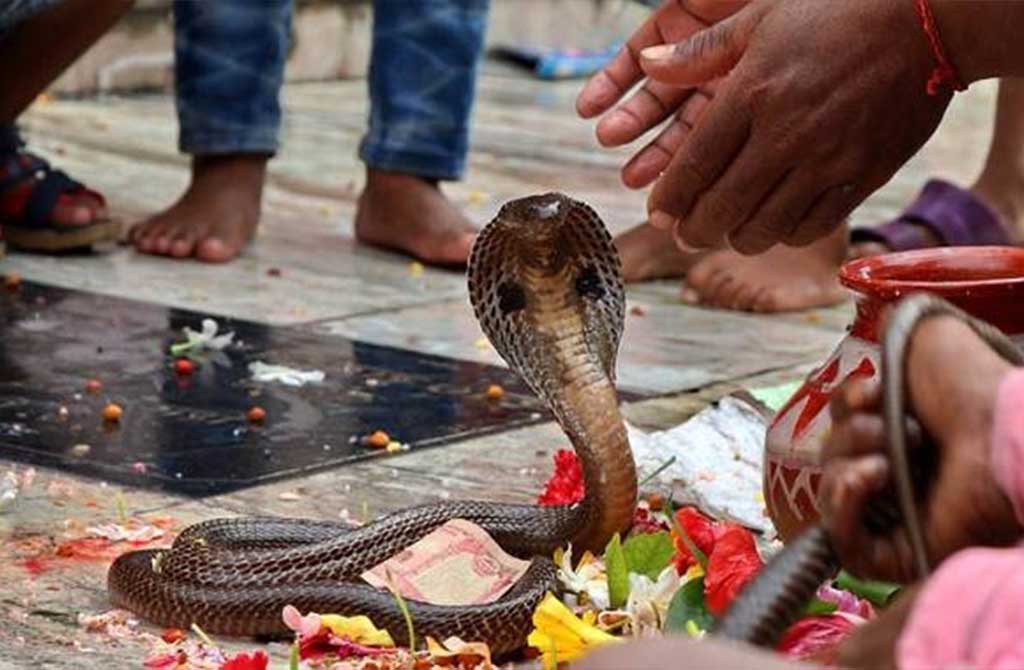 This situation is not uncommon in India, especially during the rainy season, when snakes often crawl out of their burrows flooded by a tropical downpour and seek shelter in dry human dwellings.

In addition, every year on the fifth day of the month of shravana (end of July), the snake festival — nagapanchami-is celebrated throughout the country. The main culprits of the celebration are brought from the forest and released directly into the street and courtyards. They are greeted, showered with pollen and thanked for the harvest saved from rodents, and treated to milk, ghee, honey, turmeric and toasted rice. To snake holes put flowers of oleander, Jasmine and red Lotus. 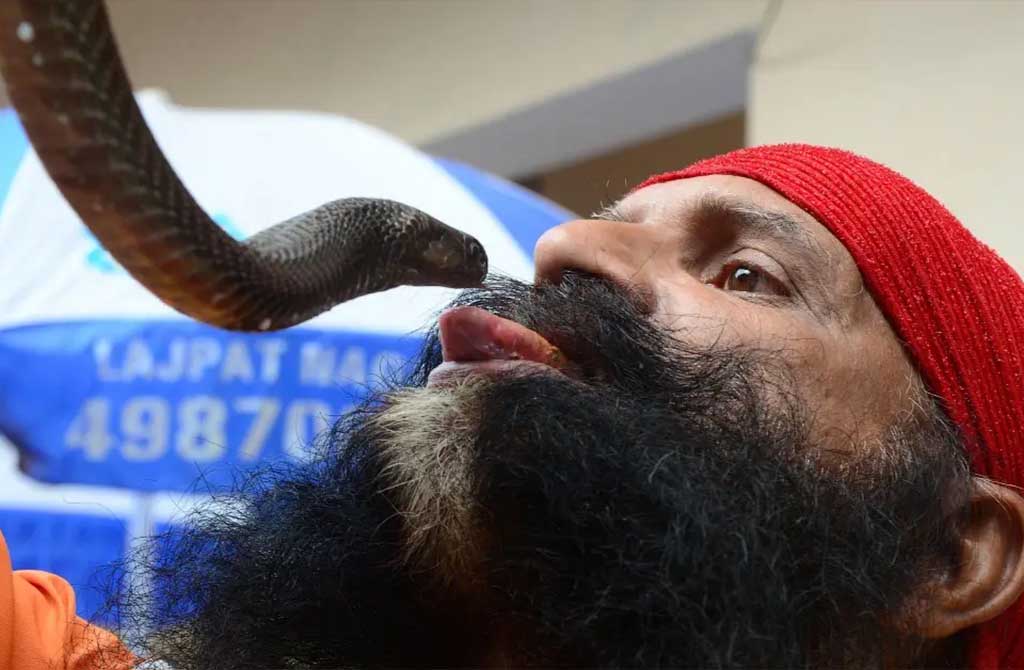 At the same time, India has the highest death rate from snake bites. Every year, about 250,000 people suffer from their bites, 75,000 of them die. This is 30 times more than the number of deaths from attacks by tigers, leopards and Panthers combined.

According to legend, snakes are able to heal with the help of medicinal herbs and know the remedy for their own poison, but only open it to ascetics.

And what is the situation with the generation of sacred animals in Russia? 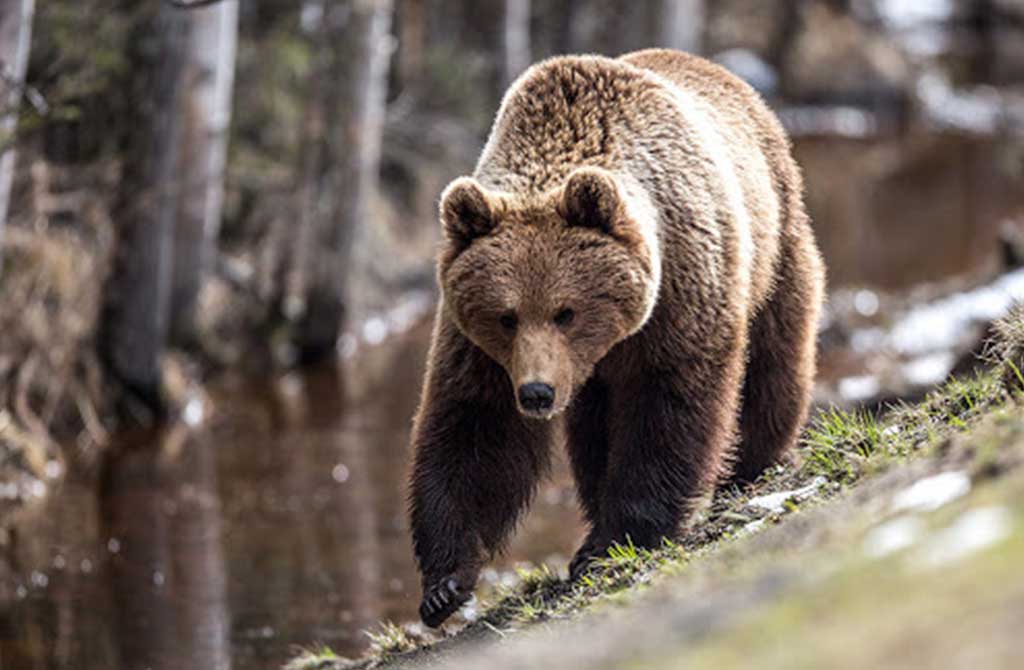 Officially in our country, the veneration of animals is not accepted. But our Slavic ancestors believed that wild animals were their progenitors, so they should have been worshipped.

The owner of the forest was considered the most powerful animal-a bear. He was revered as a God of fertility and a protector from all evil. It was with the awakening of the bear that spring came to the Slavs.

The true name of this beast-deity was sacred and was not pronounced aloud, and therefore has not reached our days. Bear is the nickname of the beast, meaning "honey-eater", in the word" den "there is also an older root - "ber", i.e." brown " (den - den of ber) 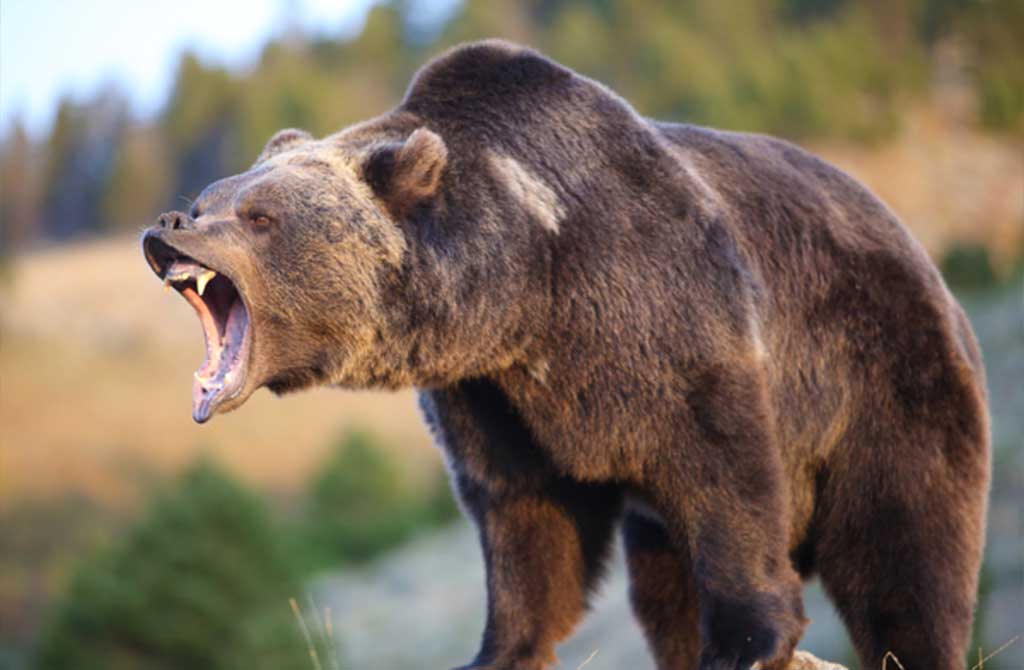 Even after the arrival of Christianity, the bear was still revered as a sacred animal for a long time, and hunters did not dare to pronounce the word "bear" and called it either Toptygin, Mishka, or Mikhail Potapych.

Everyone chooses what to believe. It doesn't matter if you consider animals sacred creatures or just neighbors on the planet, the most important thing is to treat them with respect and not interfere with their lives.