What do you know about kolpitsa?

In the Krasnodar and Krasnoyarsk Territories, on the territory of the republics of Tuva and Khakassia, there is an unusual bird that looks like a stork, an ibis and a pelican at the same time. This is the hubcap. Its most amazing distinguishing feature is its beak, which looks like a sugar tongs. It has a long, straight, flattened shape with a spoon-shaped expanded top.

Since the spoonbill is a wading bird, it prefers to settle near shallow reservoirs. By itself, she is a very social bird, it is impossible to meet her alone. With all her love for "communication", she prefers to remain silent, although she can sing. And the unusual shape of the beak is needed by the cap for hunting. During feeding, she keeps her unusual beak half-open in the water and constantly moves it from side to side, filtering liquid and soft silt.

In total, there are 6 species of spoonbills in the world fauna. Currently, the total number of these rare birds in Russia is estimated at about 2.5 thousand pairs.

In its natural habitat, a spoonbill can live up to 16 years.

In the 19th century, pink spoonbills were hunted massively by people. The reason for this interest was their bright plumage, which was highly valued and was the reason that poachers destroyed almost the entire population. 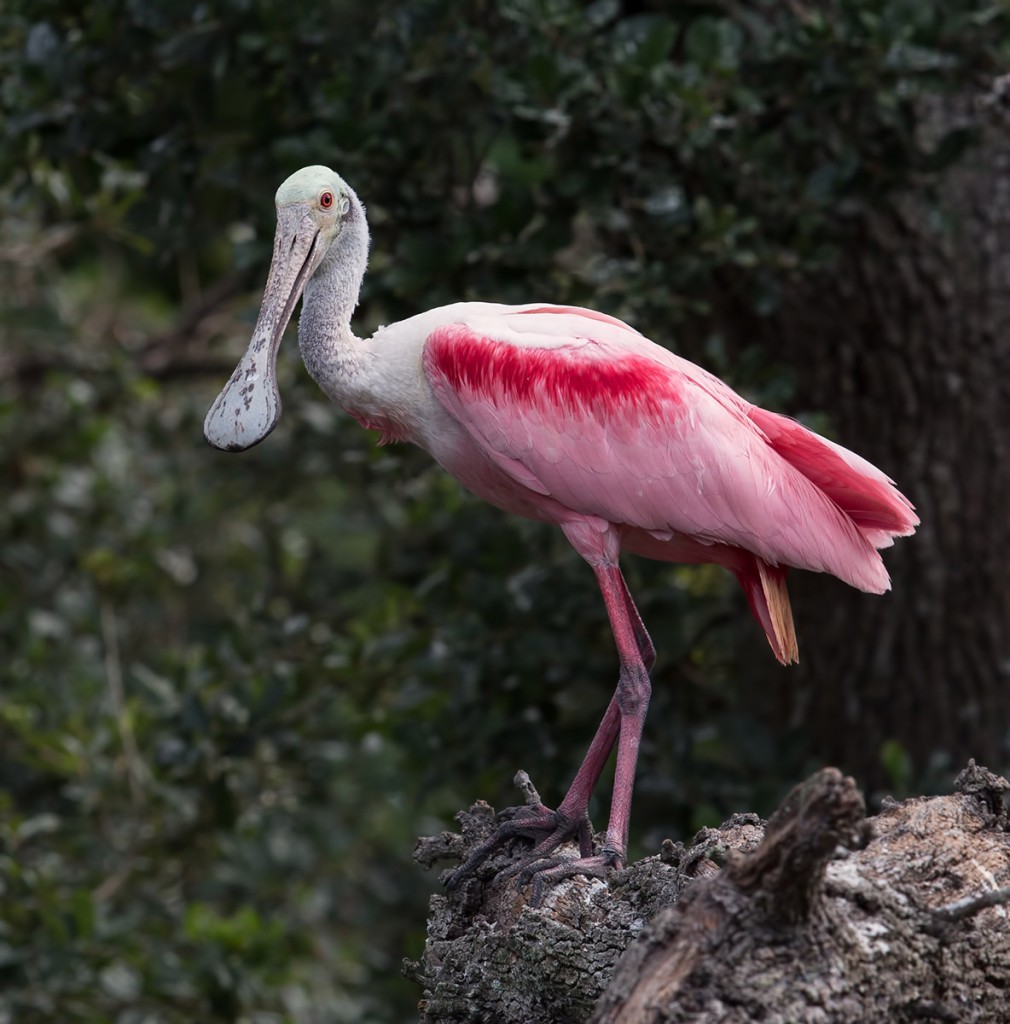 
Do you want to learn more interesting facts about birds? Follow the project "Let's save the Red Book birds of Russia together!" and subscribe to the newsletter.

«Russian bird»: why was varakushka called a patriot?

One of the rather bright, but little-known birds of Russia, jokingly called a patriot, is the varakushka. She received this title for the "flag on her chest"

It is hardly correct to call dolphins our smaller brothers: their weight, depending on the species, ranges from 50 to 350 kg, and body length from 1.5 to 5.5 m. And dolphins have bigger brains than we do. Let's get to know these smartest and friendliest creatures closer.

As part of the Project for the Conservation of Red Book birds, we want to introduce you to an extremely unusual representative of birds.