Friendship by calculation: how plants and animals help each other in the wild

There are 7.77 million animal species and 298,000 plant species on earth. Often, different species get along well together and even help each other, improving the quality of life for themselves and their partner. Such relationships are called symbiosis.

How do plants and animals benefit from such a friendship? Let's tell you about the most interesting cases. 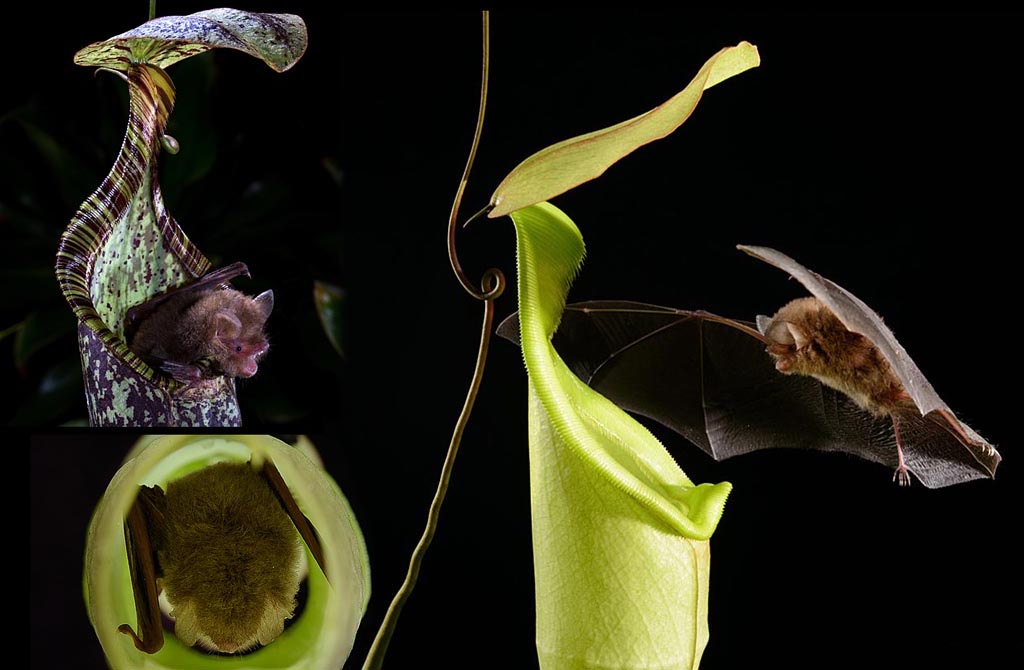 Examples of this symbiosis are the relationships Of bats and the Nepenthes Helmsley (Nepenthes hemsleyana). This is a predatory pitcher plant with a large flower that easily fits a bat. But nepenthes does not hunt its guest, but gives it shelter to digest its excrement later.

The back wall of the “jug” of this plant is shaped like a saucer and reflects the signals of a bat that is looking for a place to rest. So the mouse gets a convenient shelter, and the plant - food. 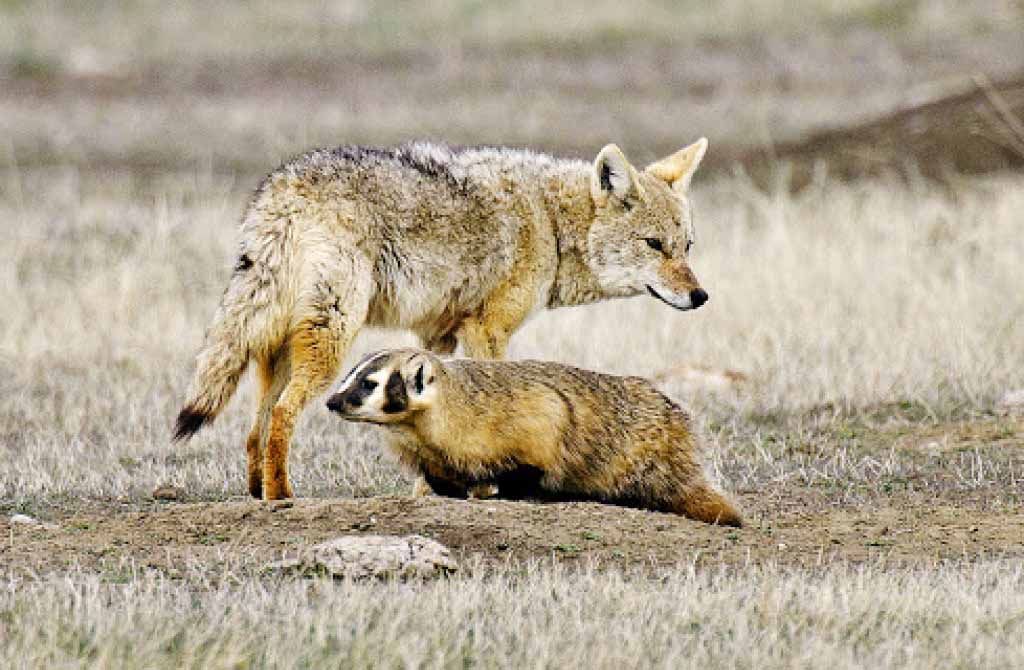 Another interesting example is coyote and badger hunting together. These animals rarely unite with their relatives, but they can often be found only in the steppes of the American continent. In regards to the food, the coyote and badger would have to be competitors: they feed on ground squirrels and Prairie dogs. But in fact, they help each other. In the open, the prey is driven by a faster coyote, and if it runs into a hole, a badger joins the hunt and digs out the gopher's dwelling with its powerful paws. Hunters never share their prey, but in a pair, the amount of food caught increases by 30% for each of them.

In the Amazon rainforest, there are areas where only one plant grows - Duroia (Duroia hirsuta). Locals explain this by the work of demons. In fact, lemon ants act as demons. They destroy the seeds and sprouts of other plants by spraying them with acid. 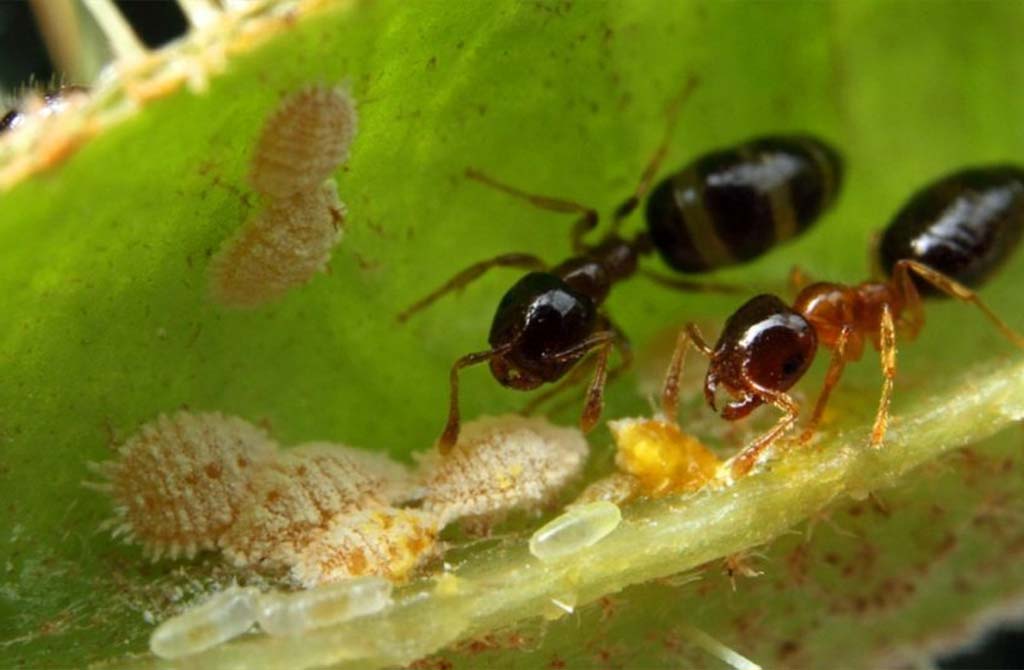 In return, the plant provides them with spacious homes, growing special cavities inside. A colony of ants in these “gardens of the devil” up to several million. They also protect Duroia from the herbivorous animals that come to mind to eat twigs and leaves. 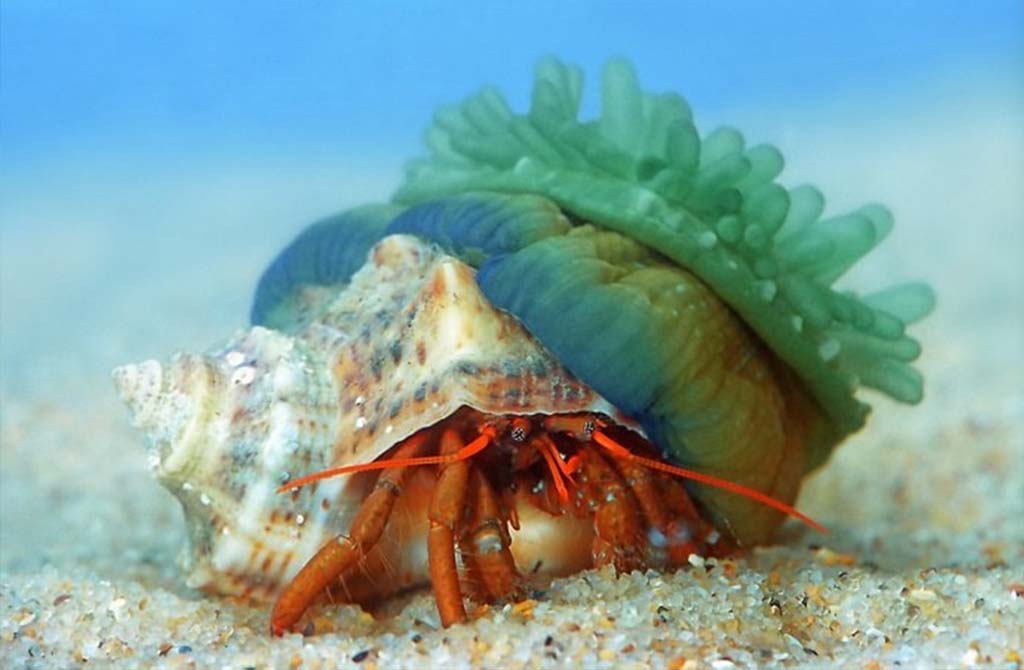 Another example of a “protective” symbiosis is the relationship between hermit cancer and anemone. Crayfish attach an anemone to their shell, and it protects them with poisonous tentacles and serves as a disguise, and at the same time feeds the remains of caught fish. Instead, the cancer moves the motionless anemone from place to place and runs away from predators who are not afraid of the poison hidden in it. Moving to a larger shell, cancer never forgets to transplant its ally to it.

There are many such examples in nature. 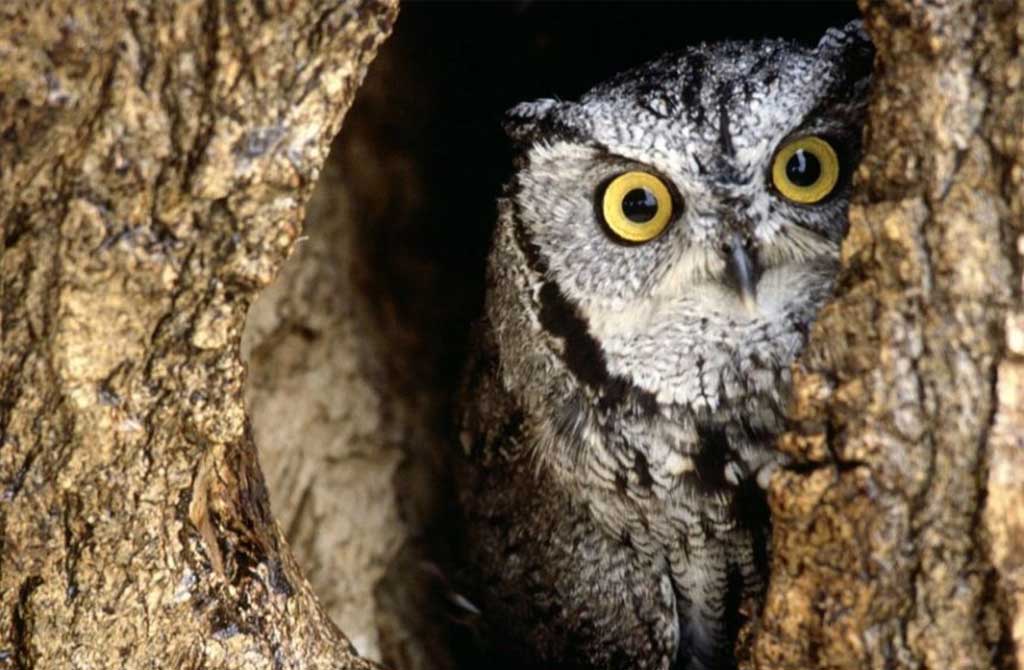 Owls bring blind-snakes to their hollow to destroy the larvae that are born in the remains of captured animals. This way, the blind snake keeps the owl house clean and gets a constantly renewed supply of food. At the same time, the owl treats other snakes as prey, and only this species has a chance to become a pet, not a food. 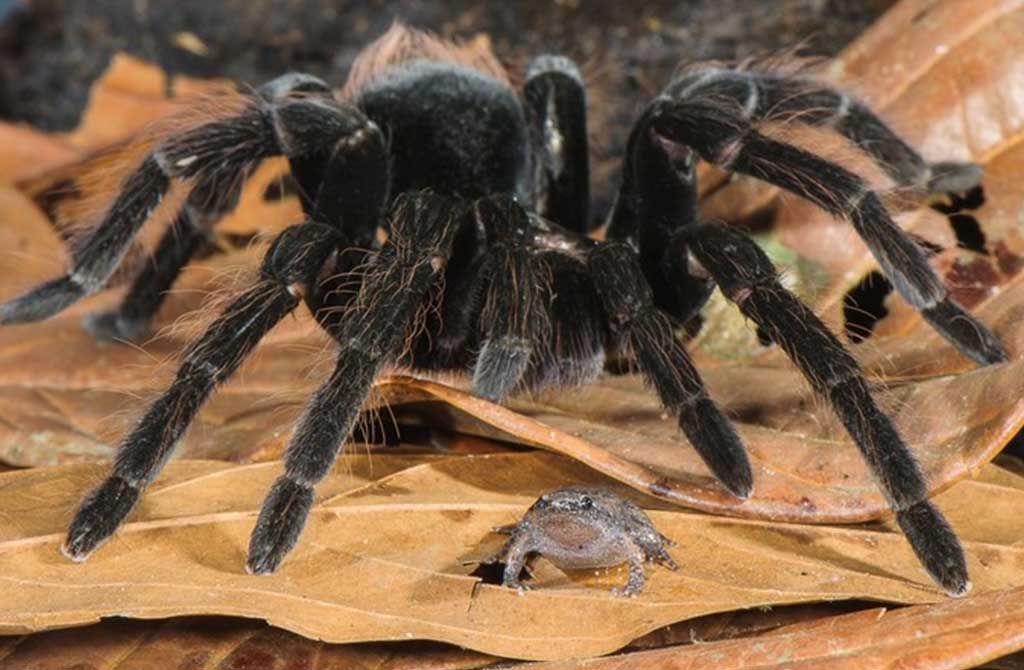 For this, one of the most fearsome spiders, the Columbian purple tarantula, appreciates the spotted buzzing frog. Frogs eat insects that harm the eggs of spiders, and they in return give her shelter and protection from predators. 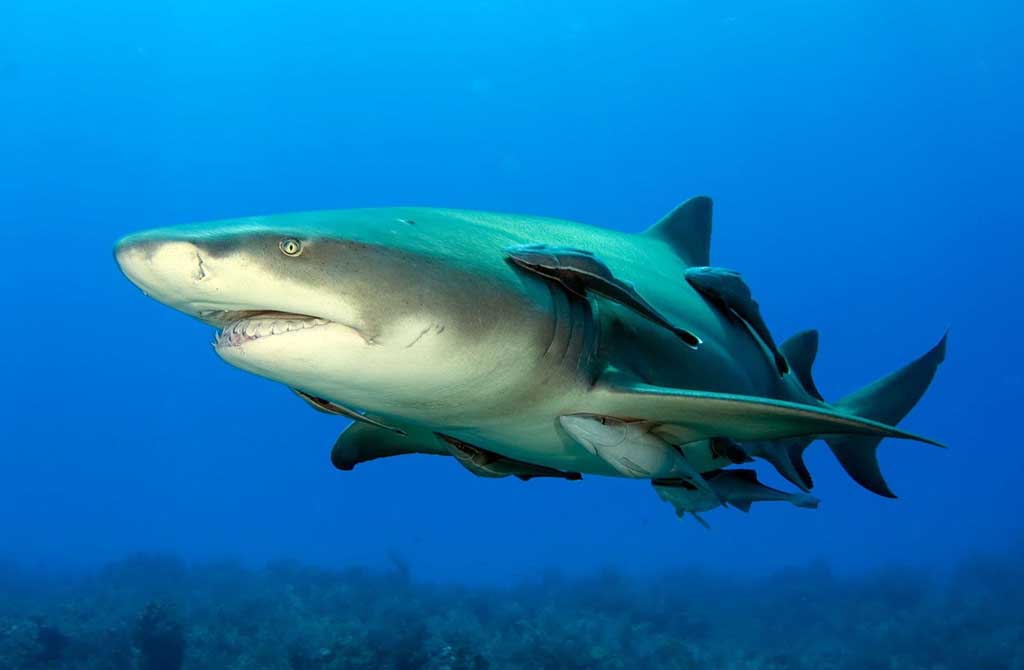 Sharks, stingrays and other large predators are constantly surrounded by a retinue of cleaners, which may include smaller fish, such as sponges, remors (clingers) and crustaceans. Cleaners are attracted to parasites that live on the skin of larger relatives, and the remnants of food in their mouths, and they allow them to approach freely and serve as protection from other predators. 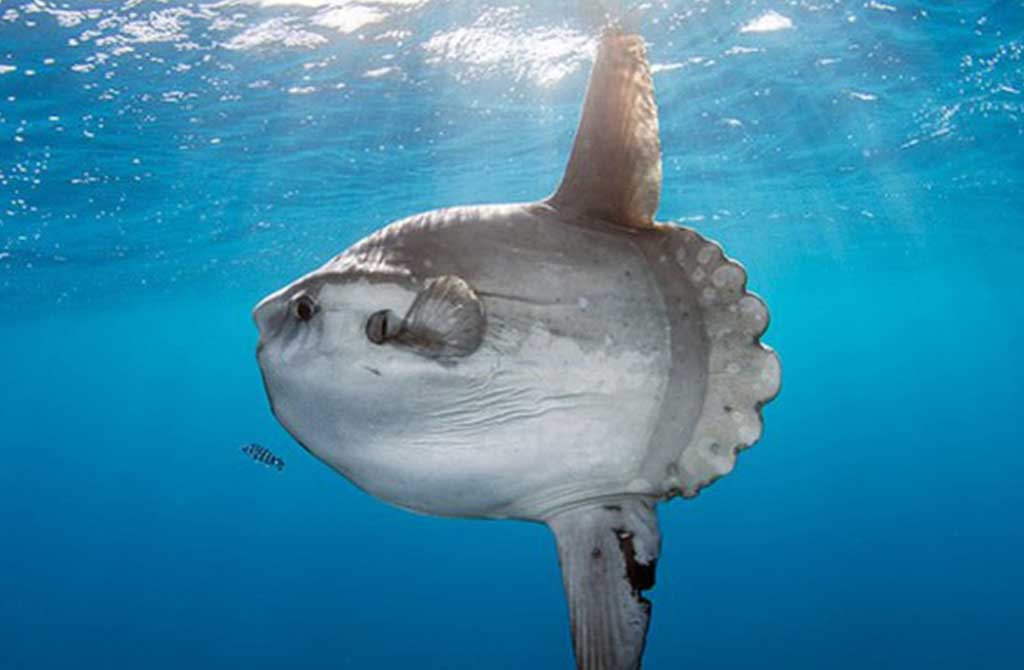 The moonfish found the most unusual cleaners: when the underwater inhabitants do not cope with cleaning well enough, it floats to the surface and allows the gulls to pull out the last persistent parasites with their sharp beaks.

These examples show that relationships between different species of plants and animals in nature are built not only on competition, but also on cooperation, and in order to improve their lives and chances of survival, it is not necessary to suppress their natural neighbors. It is much better to use their natural inclinations for mutual benefit.

The Princess Of Ukok

Who was and how did the mysterious stranger from the Altai mound die?

Between sleep and reality

What is sleep paralysis and how dangerous is it?