Where does the chicken God live?

If animals kept their own records, the chicken people of the Polynesian island of Kauai would have two memorable dates that turned the course of history: November 19, 1982 and September 5, 1992. These days, the island was hit by hurricanes Willow and Iniki. They destroyed the chicken coops that housed poultry that were brought to Kauai by the Europeans. Chickens were literally swept out of their homes, and they were released.

Left without the care of their owners, they did not die, but on the contrary, quickly adapted to free life and became related to the local breed of wild Bankiv chickens, which were brought to the island by the Polynesians 2500 years ago. 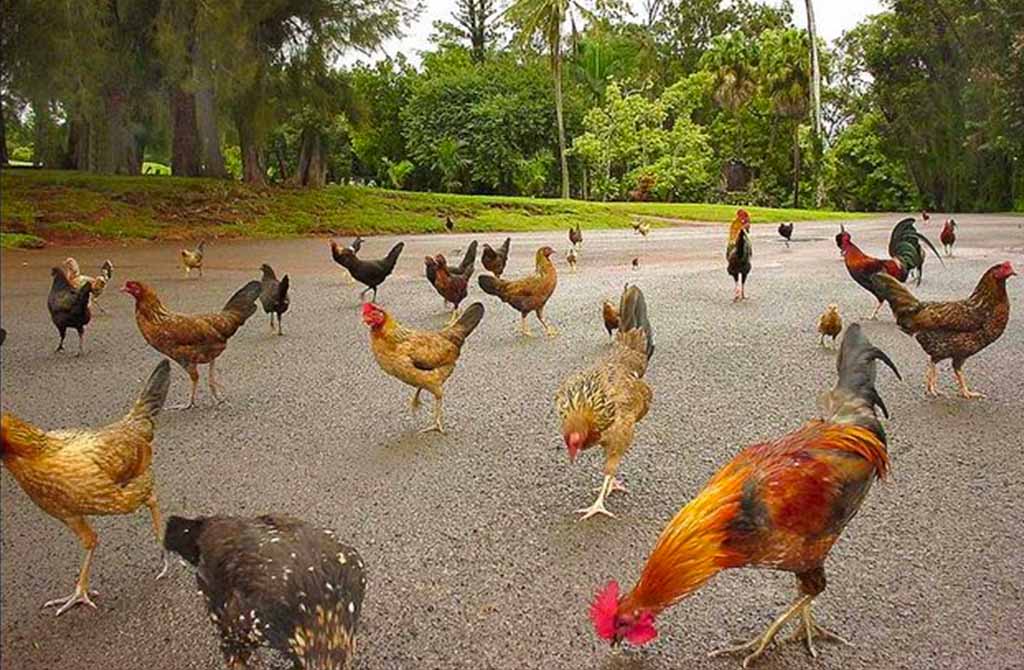 The chickens were lucky that the accident occurred on Kauai. This is the only island in Polynesia where mongooses do not live, so they simply have no natural enemies here, with the exception of stray cats. Kauai is also called "garden Island" for its abundance of greenery. This lush vegetation of the island is often due to precipitation. The longest kauan rain, lasting 247 days, began on August 27, 1993 and ended on April 30, 1994 and was recorded in the Guinness Book of world records. For its exceptional beauty, the island has been repeatedly chosen as a location for filming by Hollywood Directors. "Jurassic Park: the Lost world", "king Kong", "Perfect escape", "6 days and 7 nights", "Avatar", "soul Surfer", "Pretend to be my wife"were filmed here. He also drew landscapes for the cartoon "Lilo and Stitch". 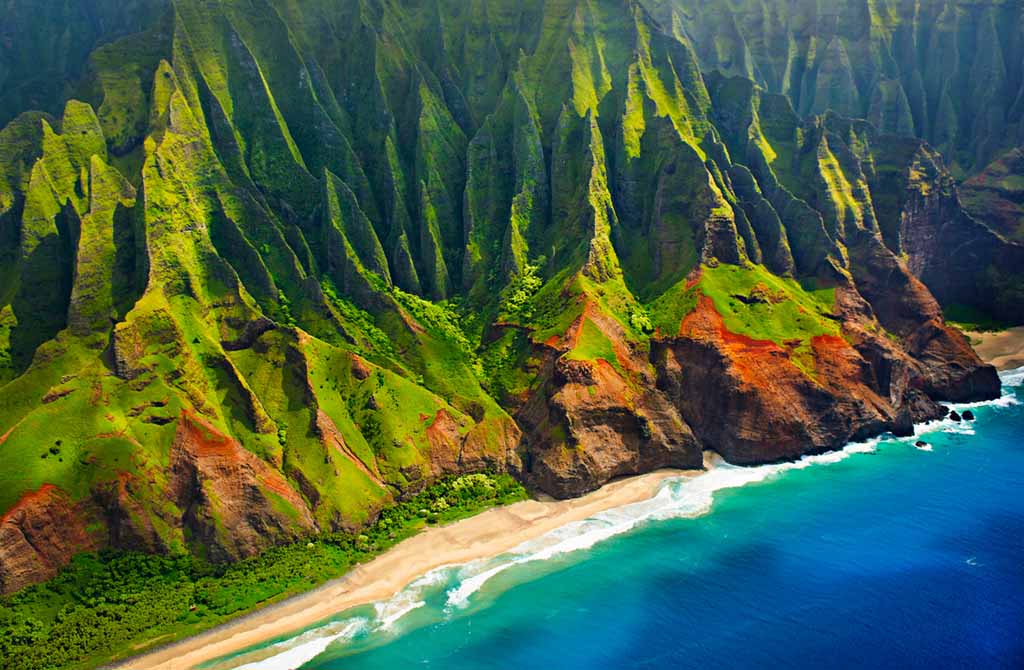 Chickens fit into the local nature with dignity, giving it a special flavor. As a result of crossing one wild and several domestic breeds, the island was colonized by birds of the most unexpected colors. Now there are several thousand of them. They walk freely not only in the jungle, but also on beaches, roadsides, parks and city streets, resembling the behavior of pigeons in major European cities. The birds adapted perfectly, learning to get their own food and Dodge collisions with cars. 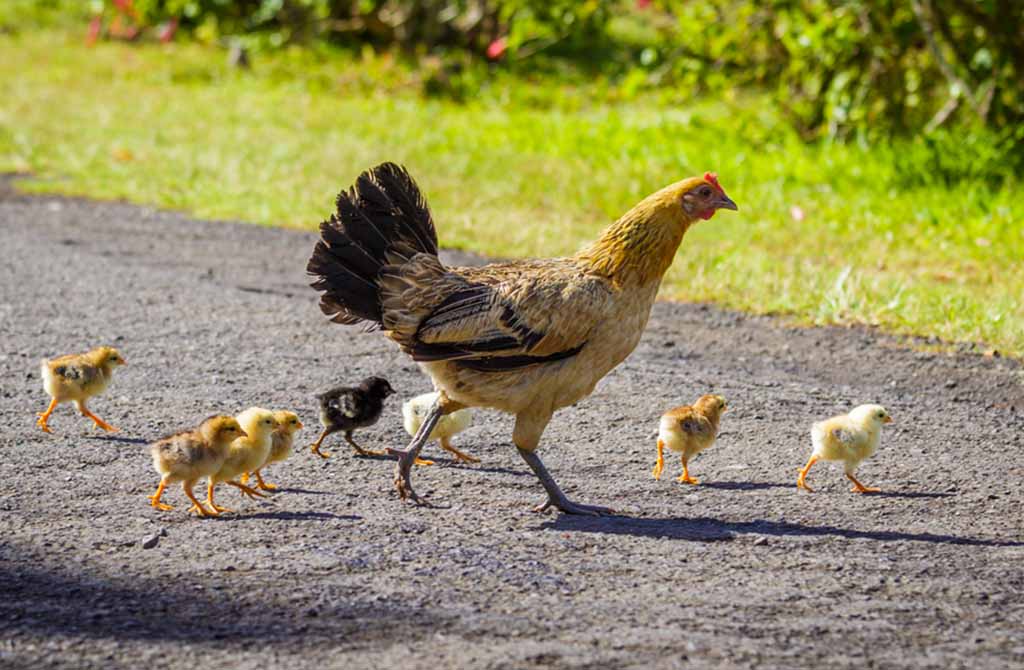 The mating season of these birds lasts all year round, and you can easily meet adult chickens with Chicks of different ages on the street.

The meat of wild chickens is tough and not very tasty, so the locals do not hunt them, although this is not officially prohibited. On the contrary, they consider chickens a symbol of the island and feel offended when tourists suggest regulating their numbers. As arguments, the discontented cite the fact that chickens are carriers of chicken flu (no cases of which have been recorded in Hawaii) and hinder the development of tourism, waking people up in the morning with polyphonic singing. But local residents are willing to sacrifice a certain number of visitors in order to preserve the chicken population, which has already become part of the local culture. 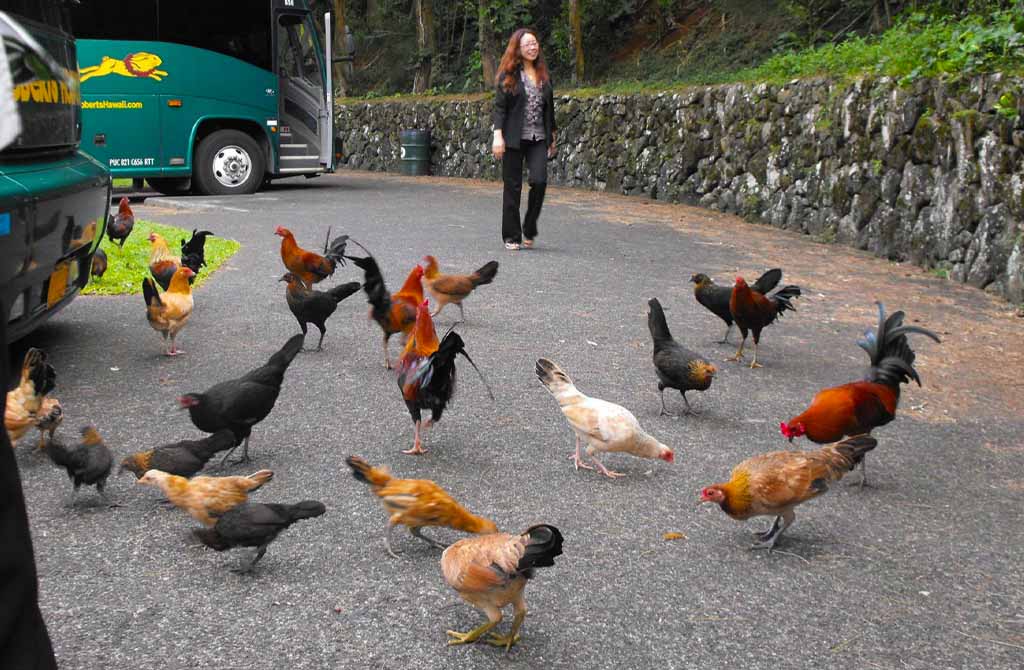 Swedish and English scientists became interested in kauan chickens. They studied their genome to understand where the new species came from. Biologist Eben Gering believes that if you cross local chickens with domestic ones, you can improve domestic breeds and make them more hardy.