We visited one of the most beautiful corners of the Earth, which is simply "must - visit" for people seeking to see our strange and beautiful land in all its fullness and diversity. A huge mountainous country, which environmentalists called the Altai-Sayan Ecoregion, stretches fr om the East Kazakhstan region in the West to the East Sayan in the East, the South of the Mongolian Altai and the West Sayan in the North. Here, in the middle of the Asian continent, where zoogeographic and landscape zones converge and intersect, biological diversity flourishes especially violently. Altai-Sayan Ecoregion combines different forms of protected areas, each of which performs its task, but together they are designed to preserve the unique nature of the region. 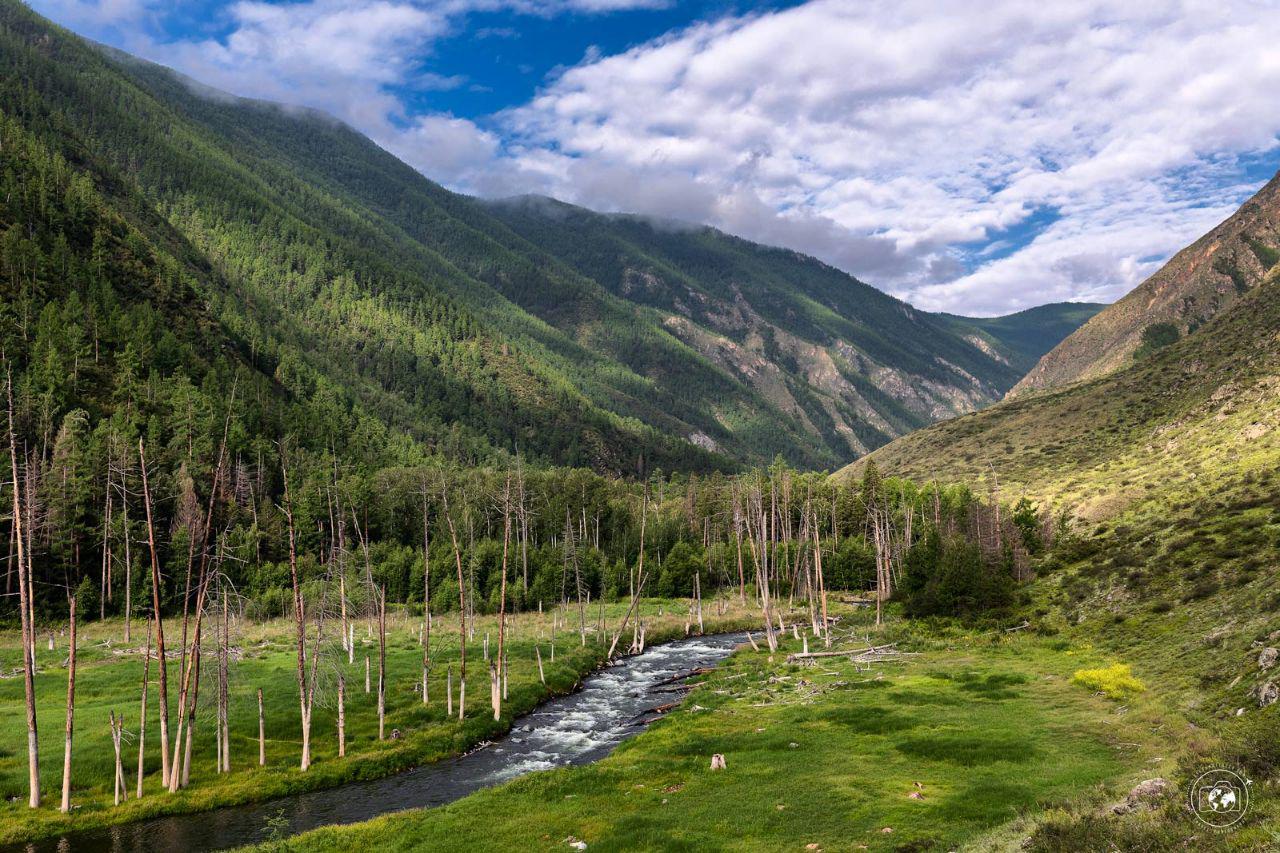 The strategy of conservation of the Altai-Sayan Ecoregion supported by various international organizations, such as the WWF, is the creation of a cross-border network of protected areas and environmental corridors. The task of our expedition is more modest: journalists and bloggers as part of the team "Notifory" visited the Sayano-Shushensky reserve, as the Northern Outpost of the Altai-Sayan Ecoregion, to convey to their viewers, readers and subscribers at least a small part of those emotions. which we experienced during our little trip. We want to "infect" with our love for Altai, Sayans and wild animals inhabiting this beautiful mountain country of all who believe us. In market conditions, our smaller brothers need attention and care.

Nature reserves, national parks, wildlife sanctuaries and hunting farms need money for the protection of territories and the reproduction of wildlife. In any case, this money is paid by us – citizens. We do this either through tax payments to the budget or in the form of voluntary donations, or in the form of payments for environmental or educational tourism. Experience shows that the straighter and shorter the path, the clearer the result. After going through the budget piggy Bank, our money (as taxpayers) tend to be eroded, but when we make a small contribution to a case, we see who and for what purpose they spend. I think the fairest way to contribute to the protection of nature is eco-tourism. Tourism is prohibited in the reserves, but there is a vast protected area around each reserve, wh ere God himself ordered to develop ecological tourism - you enrich yourself spiritually, and at the same time give money for a good cause. Buddhists believe that, moving in space, we improve our karma, which, in translation from the figurative language of mysticism into a materialistic coordinate system, means that, knowing the world, we develop spiritually. We develop our conceptual apparatus, become richer and more sophisticated aesthetic perception, we grow ethically. All this makes our life brighter and fuller. It's not just about colorful sunsets and positive selfies in the "Bouncing state". Positive and negative, light and shadow, good and evil, good luck and problems emotionally fill our lives with meanings, without which it would be like food without salt and spices. Now, along with the exponential growth of the population and the increase in our needs, the pressure on wildlife is increasing every day. Many species simply cannot adapt to this rate of anthropogenic change of the planet. Dozens of species disappear every year.

One of the most iconic species of the Altai-Sayan Ecoregion is the snow leopard, which is also on the verge of extinction. The history of the snow leopard in the Sayano-Shushensky reserve is tragic and instructive. Since appeared camera traps on the reserve were identified 14 species of snow leopard, but rampant poaching in the nineties and the first half of the two thousandth almost destroyed snow completely. In Sayan poachers catch musk deer loops. Her musk gland is being resold on the black market for Chinese traditional medicine. Law enforcement is not able to block illegal channels of delivery Kabarole jet, and the inspectors are difficult to control vast expanses of mountain taiga forests. Snow leopards are caught accidently in loops placed on the musk deer. A few years ago, there was only one snow leopard left in the reserve. It was called Andrew, because camera traps captured as he crossed the Yenisei. He was probably unbearable to be alone of his kind, and he thought it might be on the other side of the Yenisei, someone still alive! But he couldn't find a mate on the other side either. One day, inevitably, the last man on Earth will find himself in the same situation. I don't envy him.

The genius of leopards in the Yenisei valley would have stopped if the Russian Government had not taken extraordinary measures to resettle two leopards from Tajikistan to the Sayano-Shushensky reserve. The animals have adapted. The ichthyander had a girlfriend and the Yenisei population of leopards had a chance to be saved.

We were not able to see the leopards alive, but together with the staff of the scientific Department of the reserve we took part in the verification of photo traps and received fresh photos and videos. By the way, Fund "Notification" was transferred to the Department of environmental education of the reserve a few Footloose to be used for the organization in the security area of cultural tourism. Tourists, accepted by the reserve staff, can install photo traps on ecological trails in the protected area and receive photos and videos of leopards themselves. More advanced animalists can take part in the work of scientists who monitor the movement of leopards on satellite sensors. 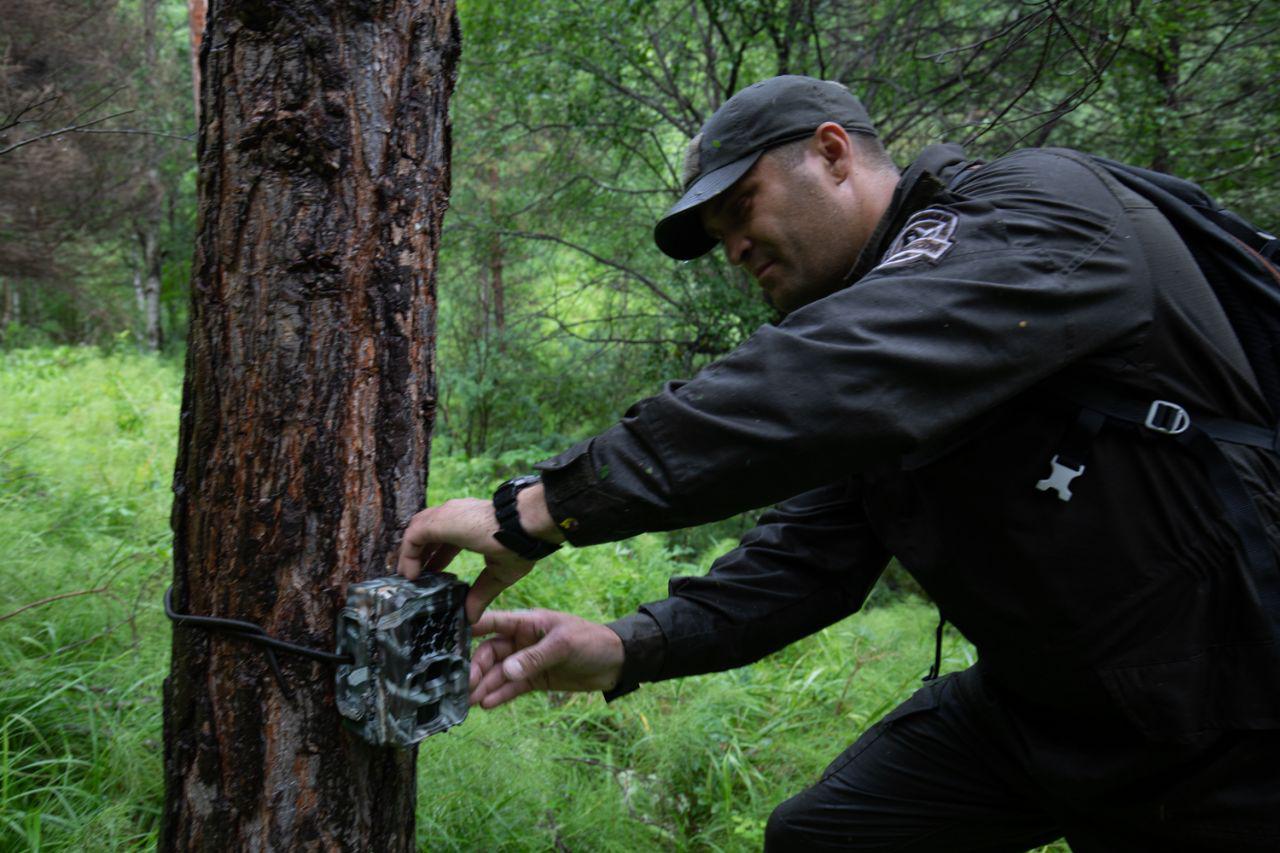 An important component of the conservation of the Yenisei snow leopard population is the state of the populations of its main victims. The main food object of the snow leopard is the Siberian mountain goat – Capricorn. About one and a half thousand Capricorns live on the territory of the reserve. During the expedition "Notification Foundation" journalists and bloggers managed to see about five hundred mountain goats. Animals were trustingly – not rushed in the stampede, hardly noticing the man from a distance. This is the most reliable sign of a healthy population and good protection. Apparently, the food supply in the protected part of the Sayano-Shushensky reservoir near the snow leopard is all right – the Yenisei leopards will be able to survive, but for a sustainable revival of the population requires a minimum genetic diversity of at least ten individuals who do not have close family ties. It is necessary to relocate some more snow leopards to the reserve, but it is certainly not cheap. We hope that the money that environmental tourists will spend will help the reserve to fulfill this difficult but noble task.

Also, according to environmentalists, it is necessary to dramatically increase the responsibility for poaching with the help of aircraft in the habitat of snow leopards. It seems that the person who installed the rope on the trail, as Chekhov's attacker, does not desert very severe punishment, but if we want to keep the snow leopards, the punishment should be very tough. For example, in Indonesia, Komodo dragons had to be imposed for life for poaching this species in order to keep them alive.

The expedition was attended by journalists from Russia, Kazakhstan and Italy. The international team stressed that the preservation of the Altai-Sayan Ecoregion is a global task. The ecosystem is a single living organism. It is impossible to keep the heart, losing lungs and kidneys. People from different countries, different professions, different political and religious views, unite to save our planet! We won't have another. Owls are unusual and mysterious birds. They have unique skills. What are their secrets? Read the article.

Eco projects that changed the world!

Today we want to share with you a few examples of projects aimed at preserving nature, which cannot fail to arouse respect.

Do cats always land on their paws?

Cats are amazing creatures, they are associated with many myths and riddles: "a cat has 9 lives", "cats do not break when falling from any height, as they always land on their paws", etc. But do these statements have anything to do with reality or are they just fictions? Let's try to figure it out.