In the Sayan Mountains , the snow leopard is an invisible path
On soft paws he makes his way to the stream…
A beautiful beast! It is necessary to save it!
I'm learning more about him every year
And on a hot summer day, in winter on a frosty night
Suddenly, silvery shadows will flash!..
A ferocious predator, but what a graceful one he is!
A big cat, but his character is cool!
It is mentioned in the school curriculum,
When I grow up, I will contribute to his salvation!
I so want to live freely in Sayan
A beautiful snow leopard, a rare snow leopard!
Eva Kolodkina, "Snow Leopard"

The Wildlife Festival "My Snow Leopard" was established in 2013 by the State Natural Biosphere Reserve "Sayano-Shushensky" and the State Nature Reserve "Khakassky" with the support of the Khakass Republican branch of the All-Russian Public Organization "Russian Geographical Society".

"My Snow Leopard" is a cultural ecological and educational event. The festival aims to unite adults and children from different countries through creativity in a common effort to preserve the rarest and most mysterious wild cat of our planet – the snow leopard. Using the example of the snow leopard to draw public attention to the problem of endangered and rare species and to form a responsible and careful attitude towards nature in general among the population. This year the Festival is being held for the 10th time!

The anniversary festival "My Snow Leopard" received dozens and hundreds of works in almost all categories of the competition. Traditionally, the most popular nomination was "Drawing".

The geography of the participants is quite wide and includes not only the Krasnoyarsk Territory and the neighboring Republic of Khakassia, but also the Novosibirsk, Kemerovo, Tomsk regions, Stavropol and Krasnodar Territories. It is especially worth noting the Ilyichevsk Children's Art School, whose pupils and teachers have been actively participating in the Festival for more than a year and delight the organizers with their magnificent and original works!

The jury members had a difficult time determining the winners, as each of the works is wonderful and unique in that it is imbued with special love and awe for the preservation of nature and the snow leopard!

The seats were distributed as follows:

I would especially like to highlight the work of Arina Potapova – "Leopard bag" for a very unusual idea and non-standard approach!

Unfortunately, only one work was presented in the "Research Abstract" nomination, so the jury decided to recognize this nomination as not having taken place.

This year the Festival is held again within the framework of the Agreement on Cooperation between the Khakassky and Sayano-Shushensky Biosphere Reserves, with the support of the Khakass Republican Branch of the Russian Geographical Society, the South Siberian Expeditionary Corps and in partnership with the Notivory Environmental Foundation. The winners of the Festival will go on an excursion to one of the most picturesque places in Khakassia – the "Oglakhty" section of the Khakassky Reserve. Previously, an educational trip is planned for August-September.

Congratulations to the winners and thanks to all the participants for the wonderful creativity aimed at preserving the rarest cat on our planet – the snow leopard!

Photo: works of the participants 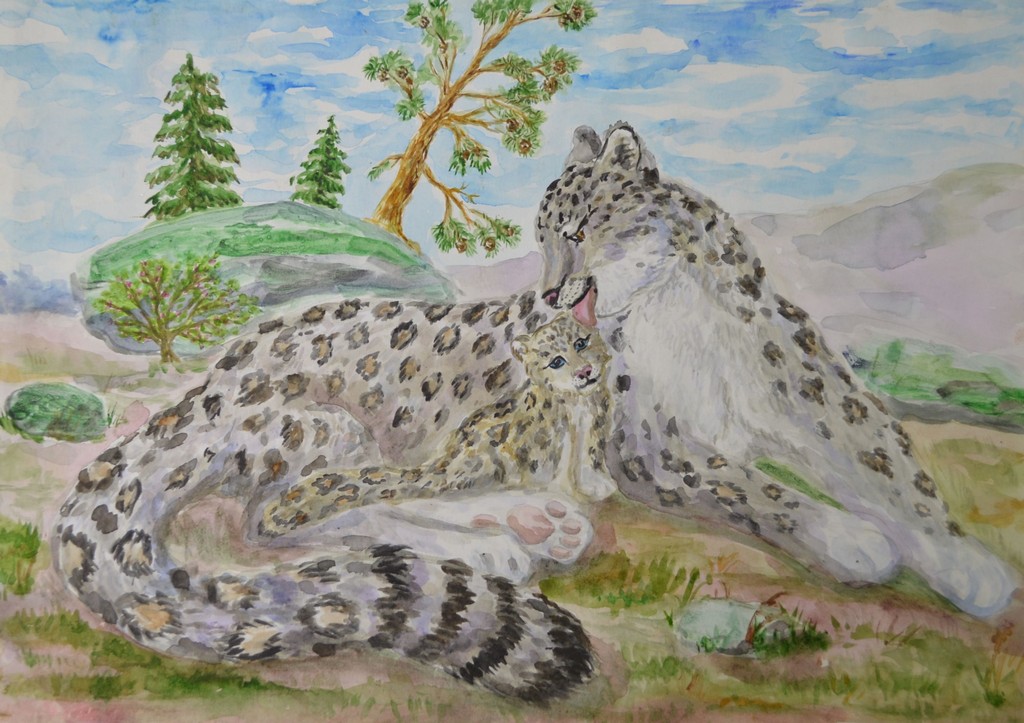 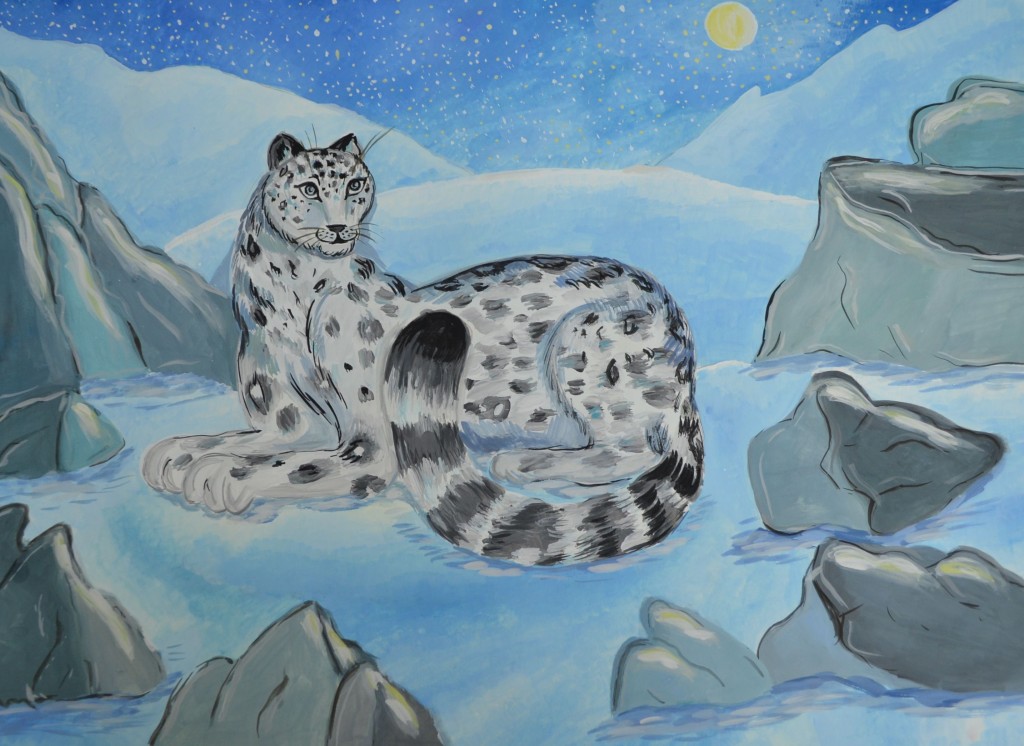 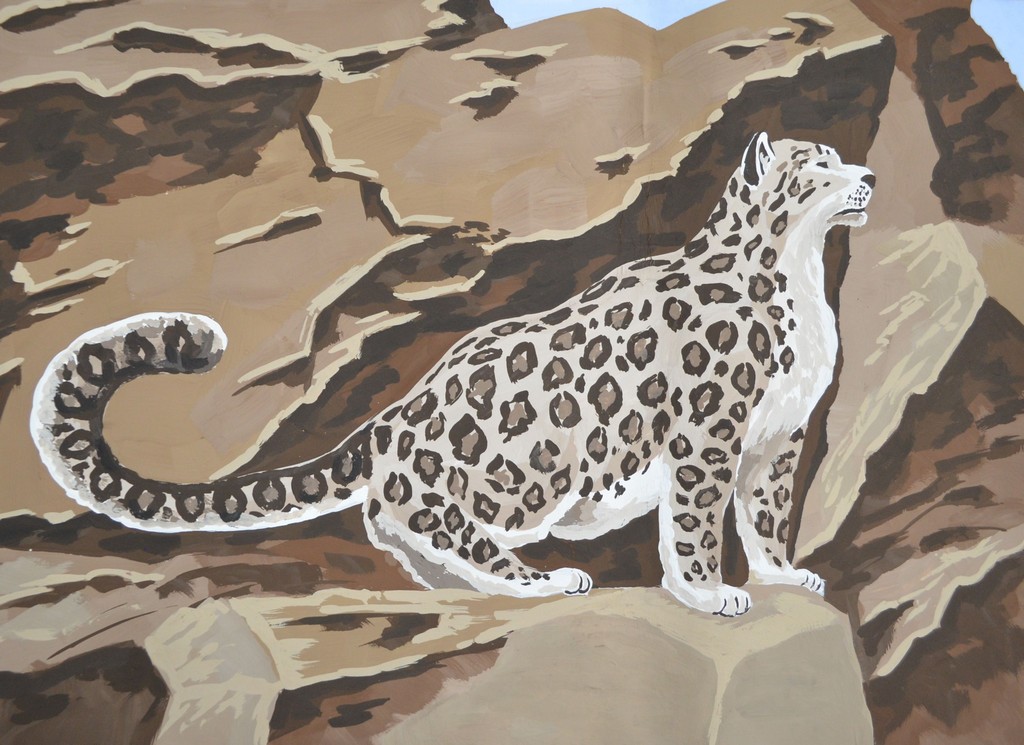 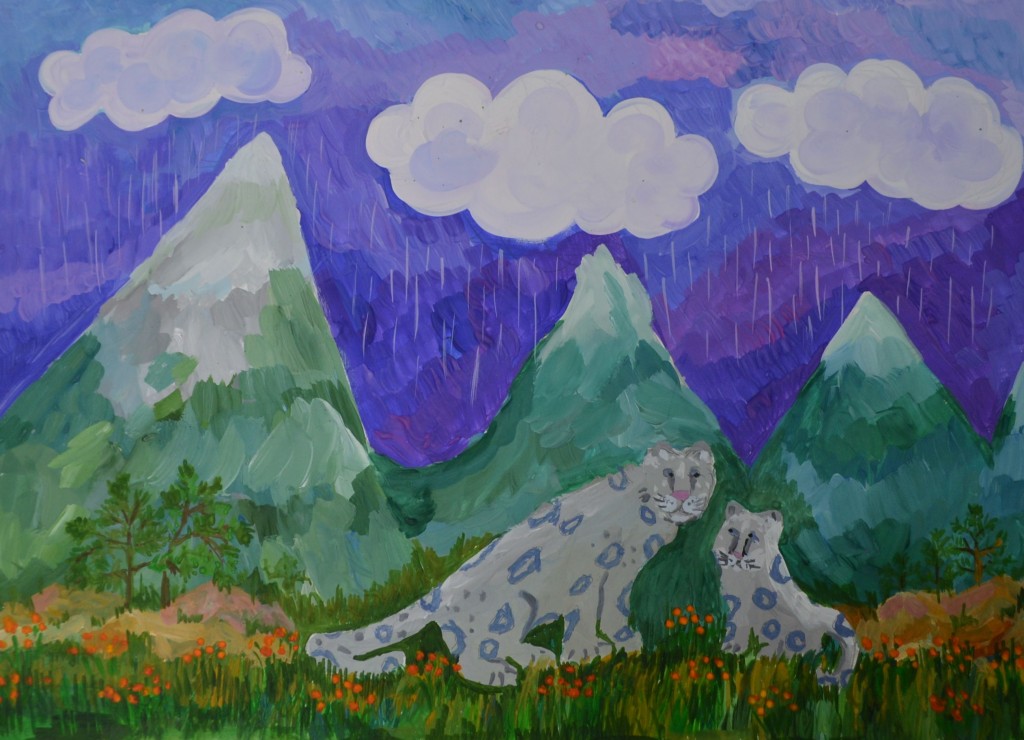