The Princess Of Ukok

Ukok plateau is one of The most beautiful and mysterious places in the Altai mountains. According to legends, Scythian gold is buried here and the gate to Shambhala is located. 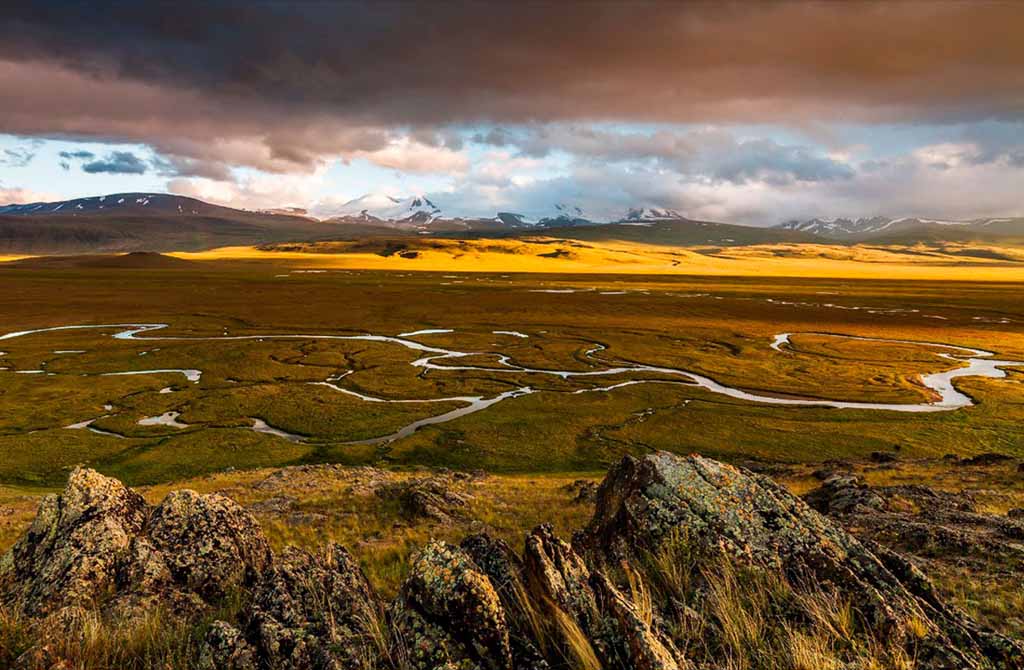 Almost 30 years ago, an event occurred here that caused a confrontation between scientists and local residents, which continues to this day.

In 1993, a group of Novosibirsk archaeologists discovered under a dilapidated mound (burial hill) hidden tomb, and in it - perfectly preserved mummified body of a young woman. The age of the find was about 2.5 thousand years. These are the oldest preserved human remains found on the territory of Russia. 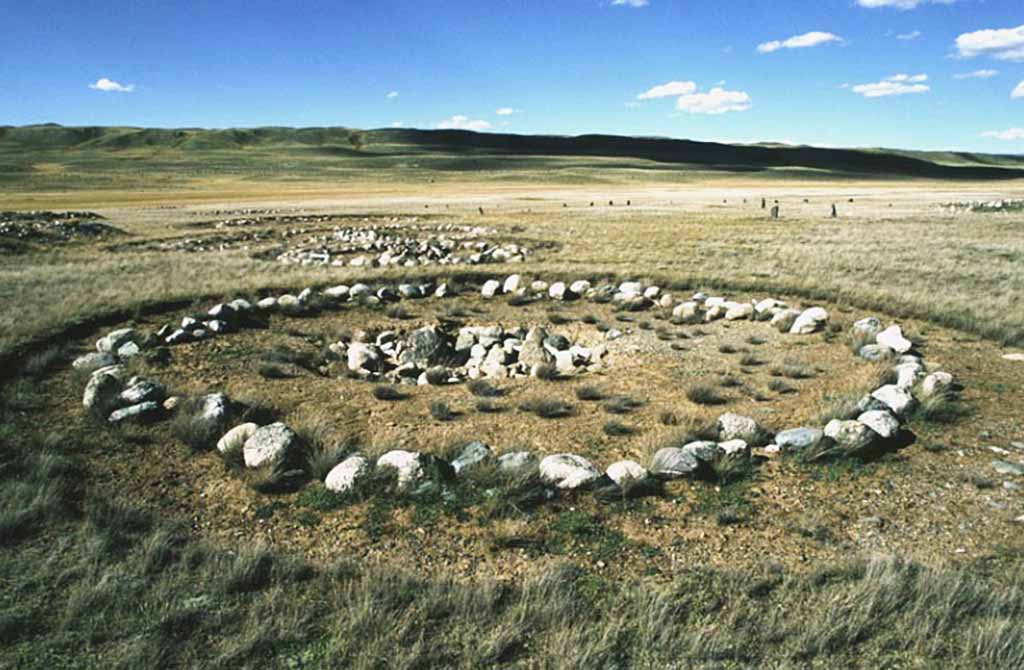 Scientists took the find to Novosibirsk, and thus caused dissatisfaction of local residents. The indigenous Altaians were convinced that the woman found was AK - Kadyn, the Keeper of the gates to the underworld, and if she was taken away from Altai, it would lead to numerous disasters. They called her the “Princess of Ukok “or”Altai Princess".

How did the discovery happen and why did the locals decide that the woman found was a Princess or a great shaman?

While studying a looted iron age grave in one of the dilapidated mounds of AK-alakh in the Ukok tract, scientists discovered another tomb, more ancient, under the floor of larch logs. It was dated to the VI-III century BC. At this time, in the territory of Altai was inhabited by nomadic pazyryks - the ancestors of the modern Selkups and kets. The lower burial belongs to this culture. The robbers either did not guess about its existence, or were too lazy to disassemble such a capital structure. 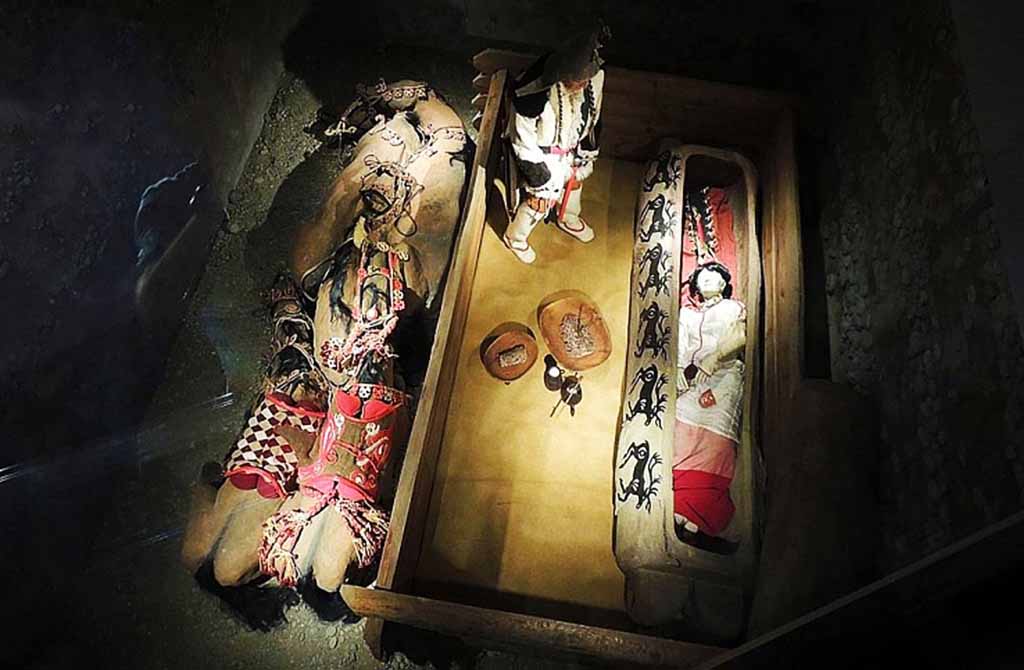 The ancient grave contained the remains of six horses, household utensils, and a boat-shaped sarcophagus made from a single larch deck and decorated with leather images of deer. When scientists opened the sarcophagus, it turned out that it was filled with ice inside. The ice lens played the role of a “preservative”, thanks to which the contents of the tomb were preserved.

Carefully melting the ice, the archaeologists saw the body of a young woman aged about 25 years. The girl was dressed in very expensive clothes: a silk shirt, a skirt of red wool with bronze ornaments, and woolen boots-stockings. On her head was a wig made of horsehair and felt, dressed in an elaborate hairstyle about 90 cm high, more than half the height of the woman herself, and decorated with wooden figures of deer and birds. 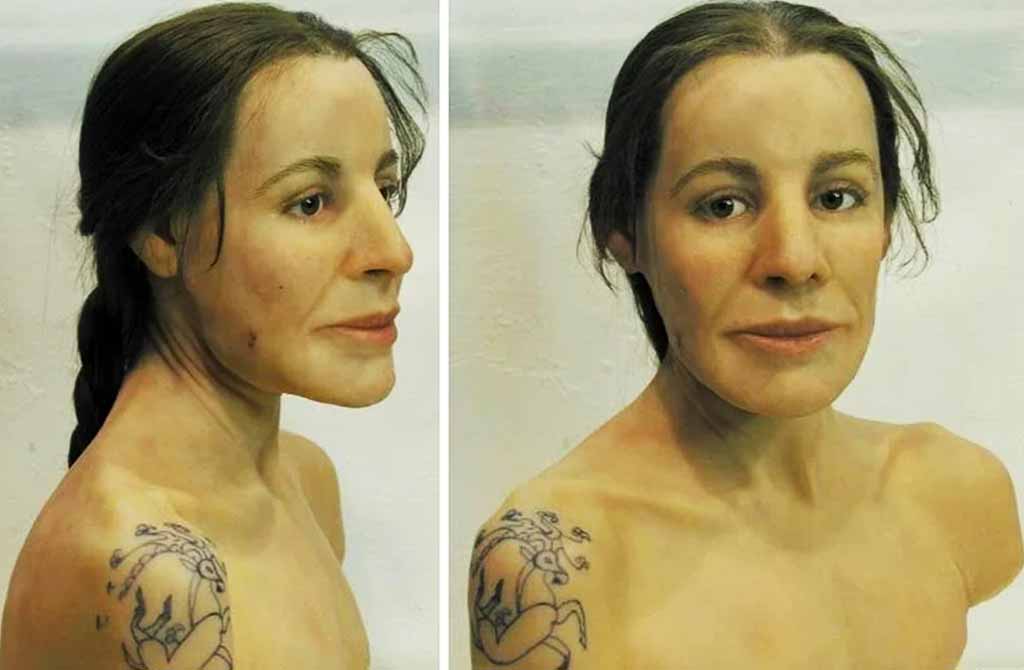 Scientists-anthropologists managed to restore the shape of the skull of the Altai Princess. She had a memorable appearance: tall at the time, 165 cm, and large facial features similar to men's.

On the hands of the girl were found artfully executed tattoos, mostly in the form of animals. In those days, it was a “passport” of a person, telling about his origin and position in society, as well as a talisman against the action of otherworldly forces. The most interesting of these images is a Capricorn deer on the left hand with horns topped with Griffin heads. 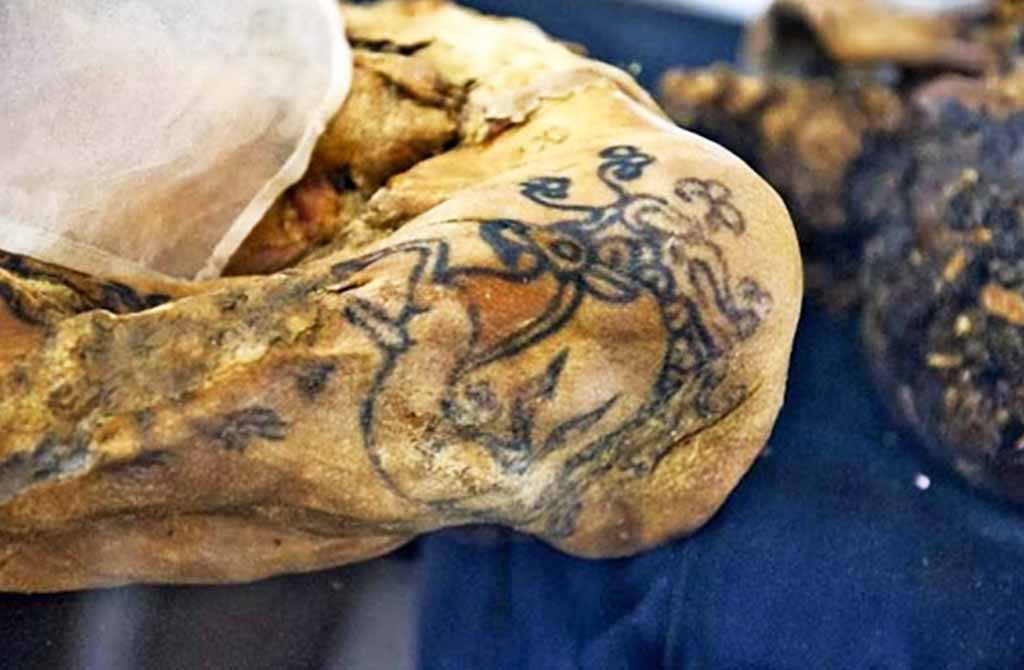 Unfortunately, there is no one left who can explain to us the meaning of these symbols and tell us exactly who the buried girl was.

Scientists believe that she held a high position in society, but was not a Princess. Its mound is located at a distance from the rest, so it is usually buried carriers of secret knowledge: shamans, healers, sorcerers. According to the analysis of tissues, the Princess of Ukok was often inhaled vapours of copper and mercury, most likely, during some ceremonies. 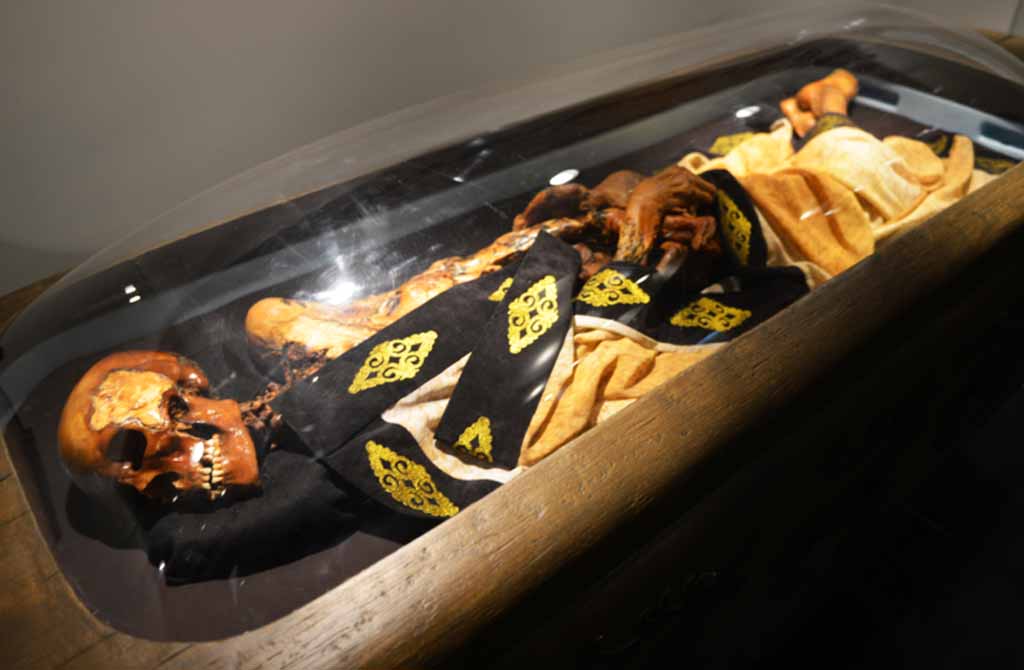 But if the Altai Princess was a healer, she could not heal herself. Scientists from the Novosibirsk tomography center determined that she died of breast cancer.

The tribesmen embalmed the body with a mixture of oils, resins, mercury and wax and buried it with great honors. Interestingly, the Pazyryk people in those days buried the dead only in the off-season, in spring and autumn. As scientists say, the girl was buried only 3 months after her death. 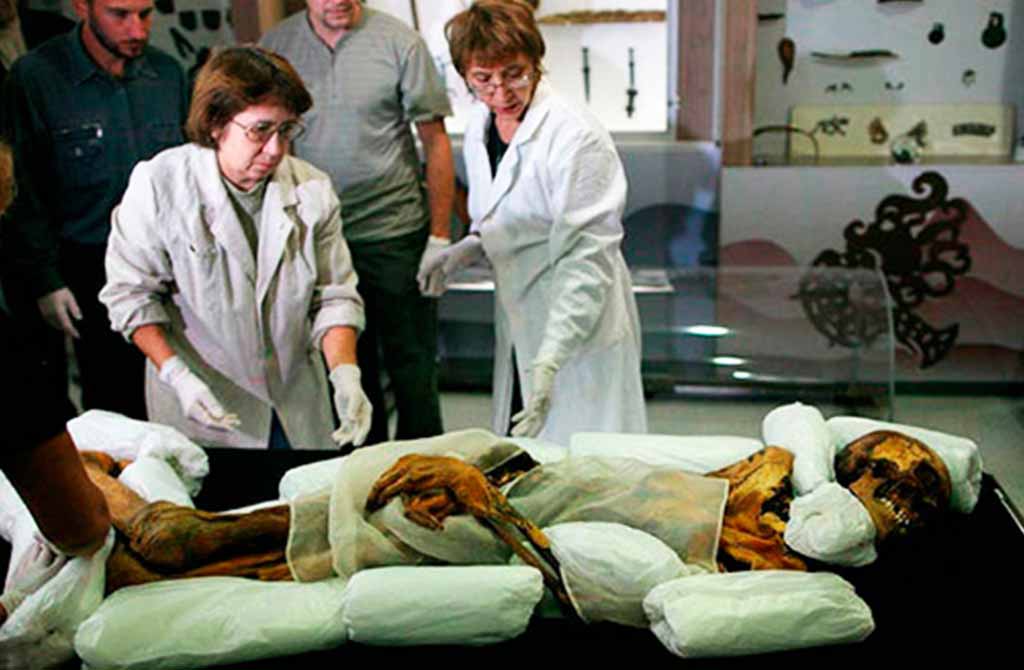 For the first time after the excavations, the mummy of Princess ukoka was kept in the Novosibirsk Akademgorodok, in the Museum of the Institute of archeology and Ethnography of the Siberian branch of the Russian Academy of Sciences.

In 2012, scientists returned the mummy to its historical homeland and transferred it to the Anokhin national Museum in Gorno-Altaisk. But this was not enough for the locals.

In 2014, the Council of elders of the Altai Republic decided to bury the ukoka Princess, because local residents considered her removal to be the cause of natural disasters that have hit the Altai in recent decades, such as hail and floods in 2014. In 2015, they even sued the Museum where the mummy is kept, but lost the process. 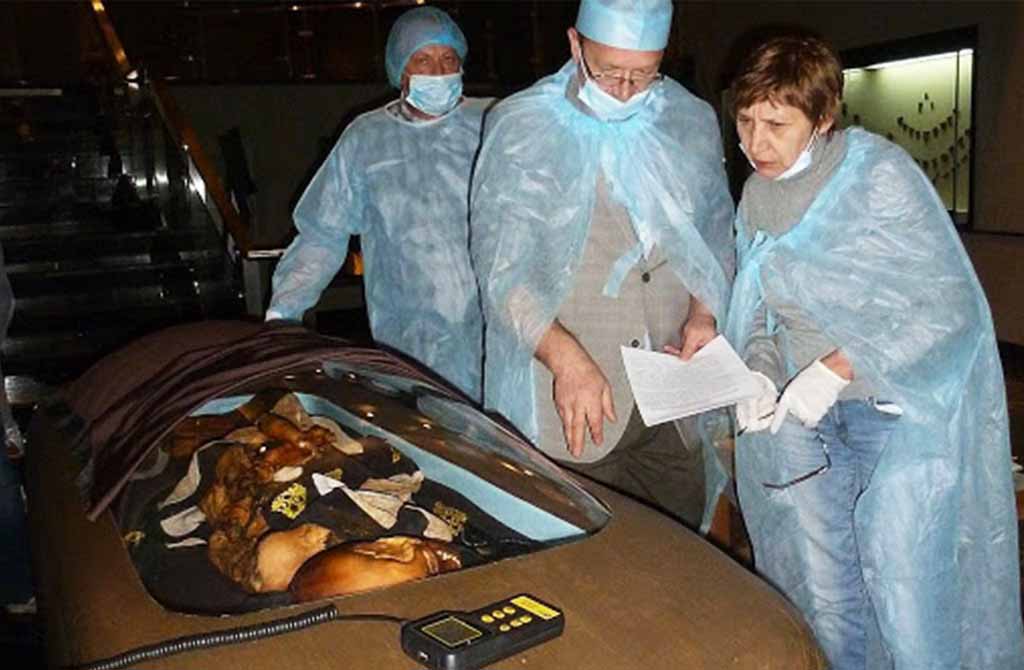 Now Princess ukoka is in the Gorno-Altay Museum, in a specially built room with a special microclimate, as befits a real Princess.

Friendship by calculation: how plants and animals help each other in the wild

Between sleep and reality

What is sleep paralysis and how dangerous is it?