Some interesting facts about pelicans

The pink pelican is a rare bird listed in the Red Book of Russia as an endangered species.

These beautiful birds live in Central and Asia Minor, Africa, and Southeastern Europe. In Russia, they appear in spring, in March-April, and nest in the south of the country, in the Volga River delta and on the Manych Islands.

The current number of species in our country ranges from 54 to 125 breeding pairs and reaches 230-400 individuals after breeding. The number worldwide is estimated at 290 thousand individuals. The pink pelican got its name because of the shade of the feather. Moreover, the brightness of its color is not uniform on different parts of the body. In a calm state, the bird appears completely pink, but in flight it exposes black flight feathers. Pelicans of this species become pale pink only by the third year of life, young individuals are completely gray with a bluish tinge on the back.

Funny fact:
The popular Russian name of the pink pelican is baba babura.

To date, there are 8 species of pelicans.

An interesting feature of pelicans is their way of hunting. Of course, many birds can hunt independently, but their collective hunting is an example of absolute coherence of actions. Pelicans form a semicircle and at the same time begin to beat their wings on the water, thereby driving the fish into shallow water. Then they submerge their large beaks in the water and get prey. By the way, sometimes cormorants help them to get food, which dive on a flock of fish and drive it to pelicans.

Externally, pelicans are distinguished by their leathery bag, which holds up to 15 liters of water. Pelicans need this bag for fishing and thermoregulation in the heat. With its help, pelicans can carry up to 4 kilograms of prey. 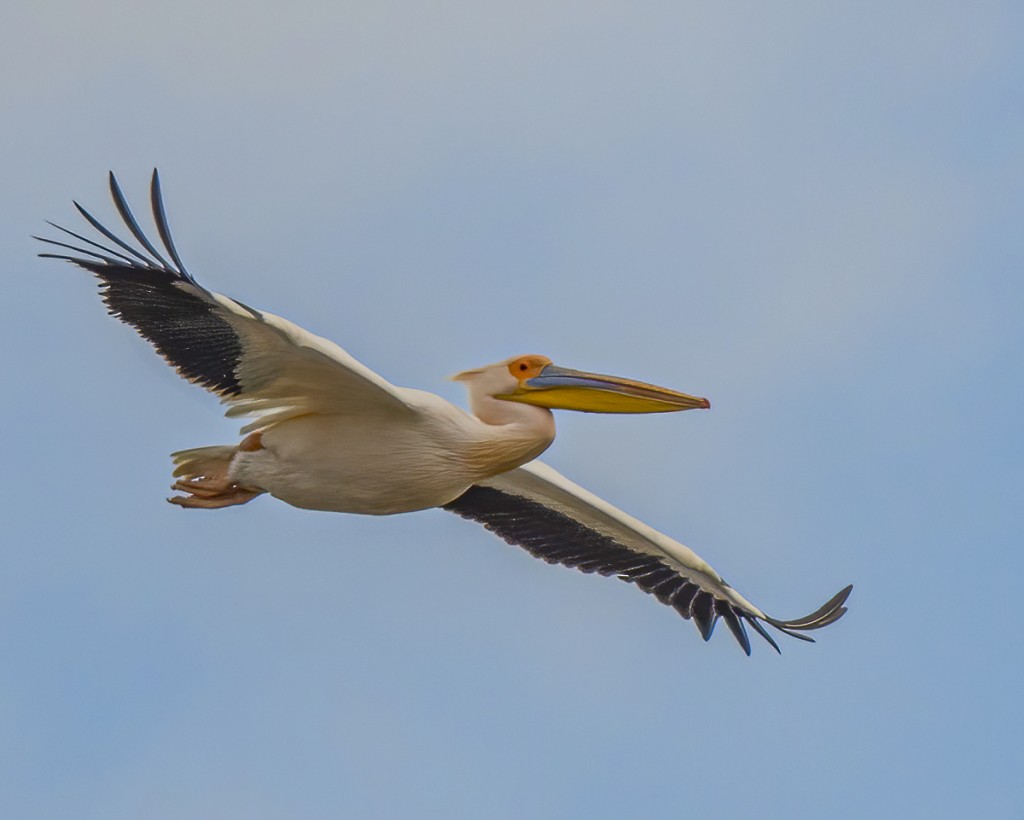 The female pelican builds her nest very quickly, in just 2-3 days. The male helps the female: collects grass in the throat bag, and brings her this material. Many consider the attitude of pelicans to the construction of the nest very negligent. In addition, pelicans like to steal building materials from neighbors, most often a relative of the pink pelican, the curly pelican, suffers from this "addiction". This state of affairs often develops into a fight in which the female becomes the object of attack.

Do you want to know more about rare birds? Follow the project "Let's save the Red Book birds of Russia together!" and subscribe to the newsletter.