Hot springs (Onsen) are one of the main tourist attractions in Japan. They appeared as a result of volcanic activity. There are more than 2000 of them in the country. The springs are filled with mineral water and differ from each other in temperature and composition. They can be natural or artificial, when the bath or pool is filled with heated mineral water. Hotels and spas are often built around the springs. 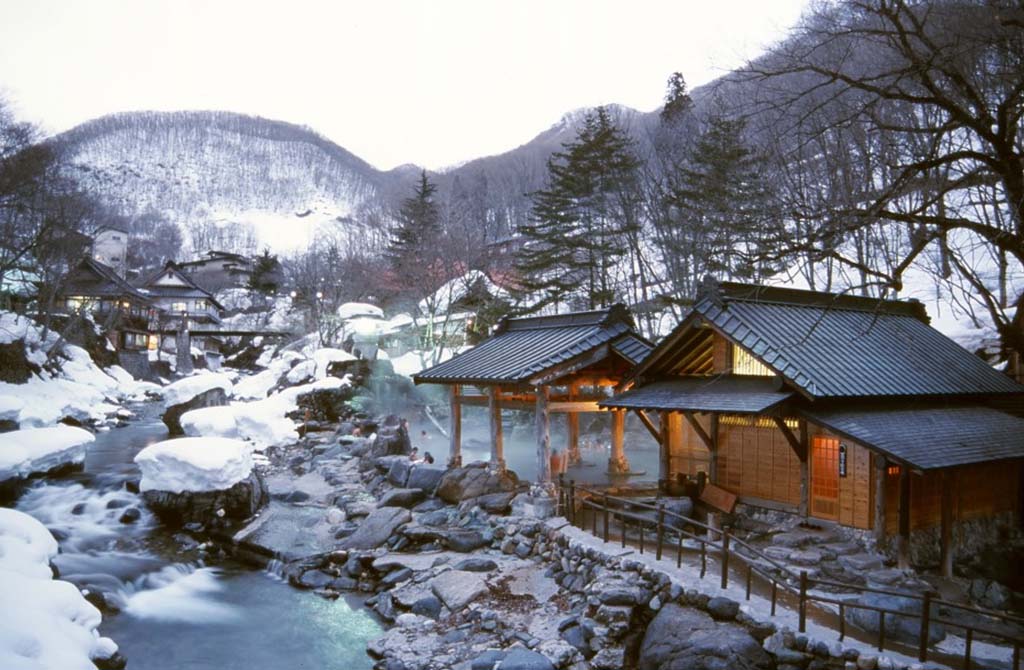 People come there to heal, spend time with family and friends, or just relax.

When you visit the Onsen there are certain rules. The traditional Onsen has a shared bath for men and women, but some have a separate women's bath or separate visiting hours for men and women. These rules do not apply to children, they can come to any bathhouse at any time.
Before you enter the pool you need to take a shower with soap and water. 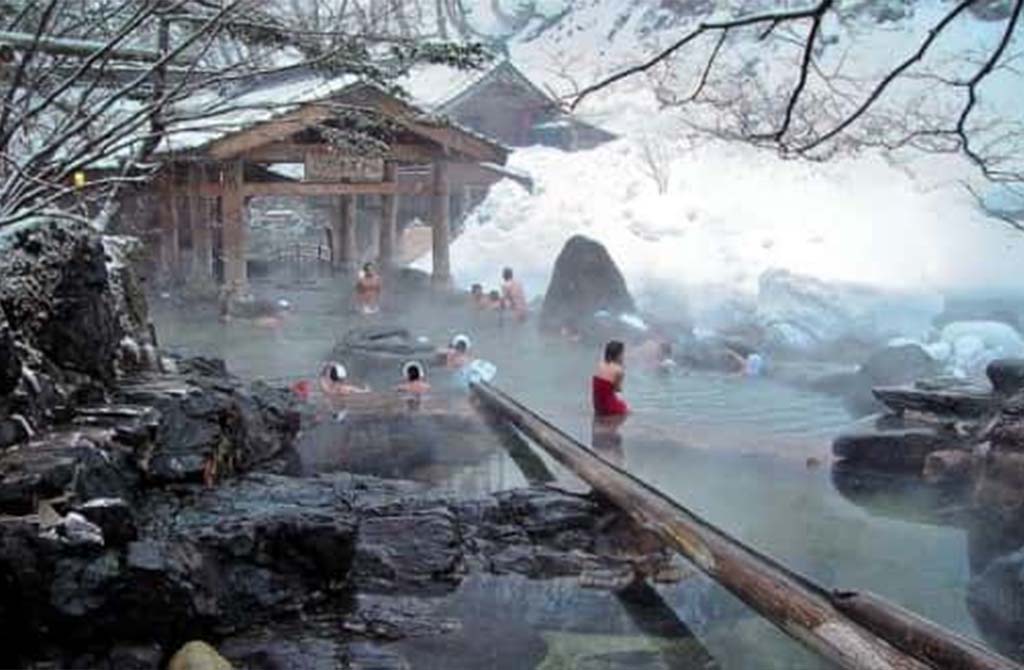 In Onsen, it is not customary to wear a bathing suit, but you need to cover yourself with a towel when entering and leaving the pool. If there is no place to put a towel, it is rolled up and placed on the head.

Visiting hot springs is a favorite form of recreation for local residents. And not just people. Japanese macaques or, as they are also called, snow monkeys like to swim in natural Onsen. 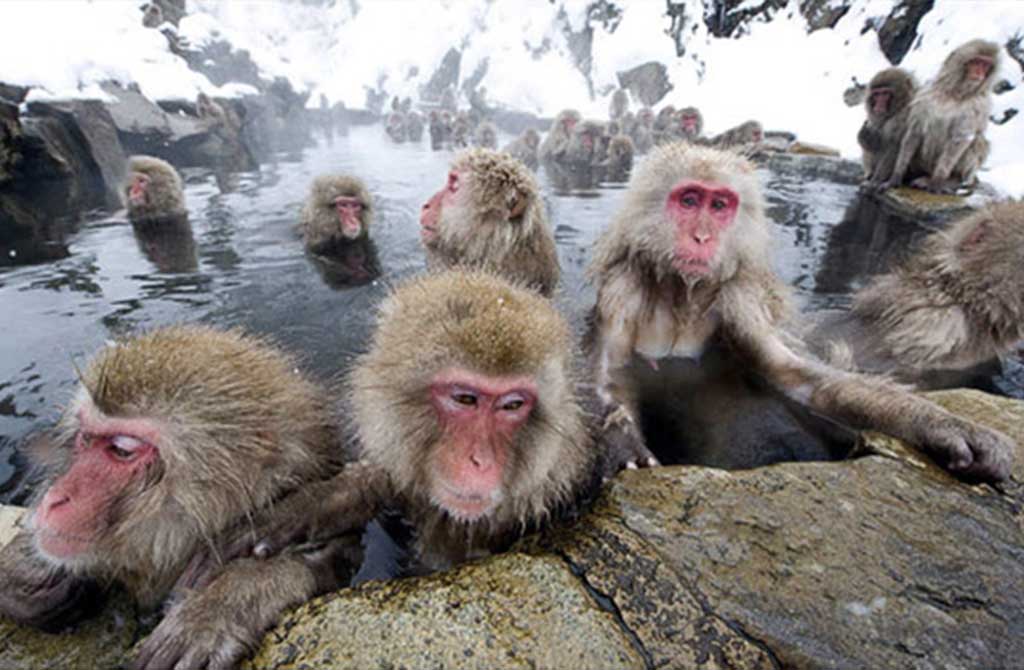 Japanese macaques are the northernmost monkeys that have adapted to life in sub-zero temperatures. They live in the North of Japan. The average winter temperature here is -5 degrees. To stay warm, the monkeys climb into the hot springs. For the first time taking a hot bath macaque noticed in 1963. She made her way to the hotel grounds and settled down in a hot spring. After that, the monkeys were observed and it turned out that this is not just her. 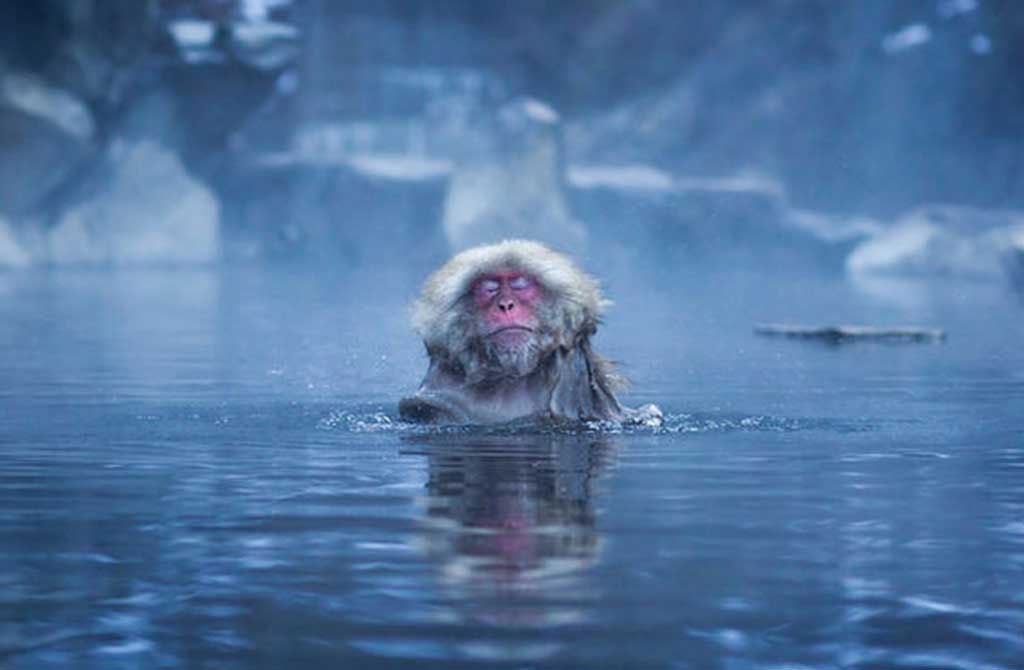 In 1964, Jigokudani Park was opened in the neck of the Kuttara volcano, which exploded about 20 thousand years ago. It is considered the world's largest snow monkey reserve. There are many geysers and hot springs on its territory. By 2003, they were already used by a third of the macaques living there.

Scientists from Kyoto University became interested in this unusual behavior. They began to study the macaques living in the reserve. Now the Park is home to 160 snow monkeys. They live in groups of several dozen individuals, and are usually dominated by females. Scientists were interested in how often monkeys take hot baths and how they affect the state of their body. They set up surveillance of a group of 12 females 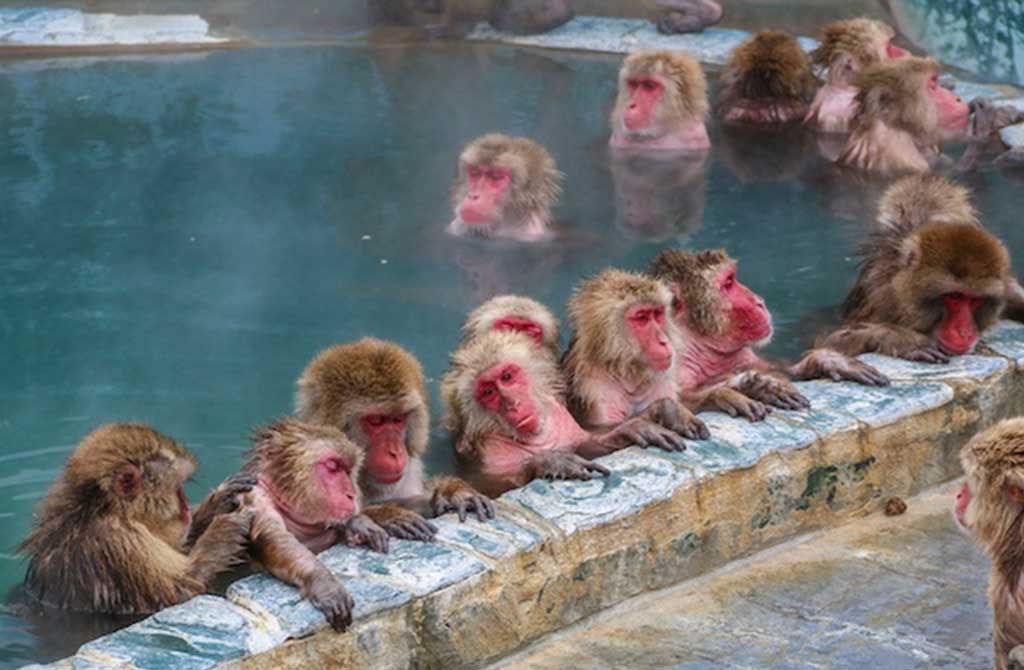 According to researchers, such Spa treatments help monkeys not only keep warm on frosty days, but also reduce stress levels. Of course, they didn't ask the macaques how they felt, but they measured the levels of stress hormones - glucocorticoids - in the monkeys ' droppings before and after bathing. It turned out that after bathing, the stress is much lower. 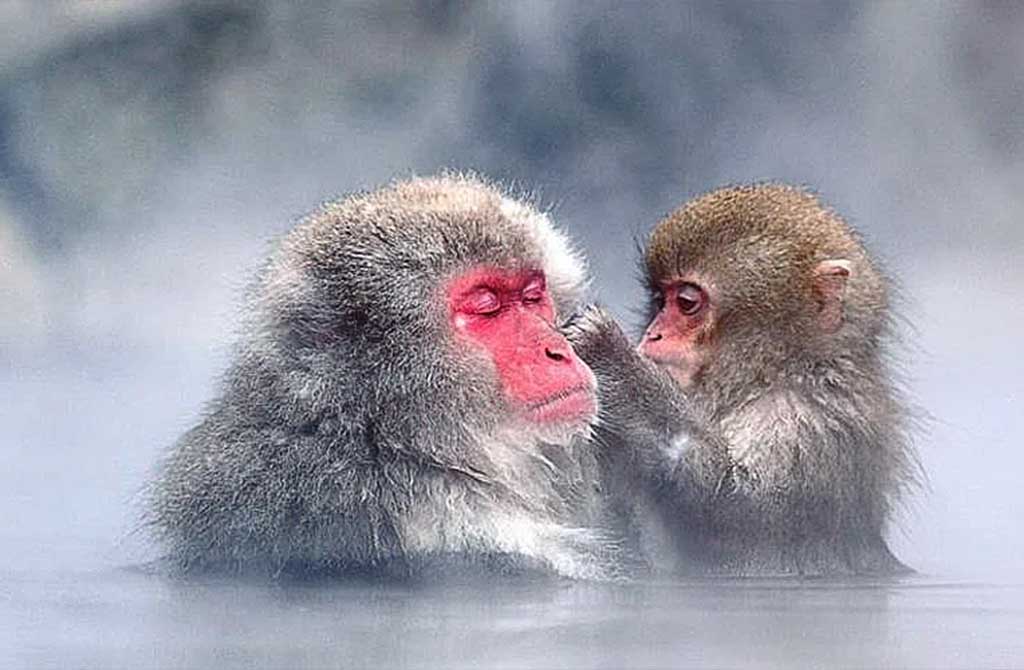 Stress hormones are produced in animals for various reasons, not only when they are in a difficult situation, but also during physical exertion, and when it is too hot or cold around. On frostier days, their level was higher.

The dominant females were the first to be admitted to the hot springs. But, since they had to fight and drive their relatives away from the bath, the amount of stress hormones they initially had was higher.

Scientists did not notice a relationship between the duration of the bath and the level of stress reduction. 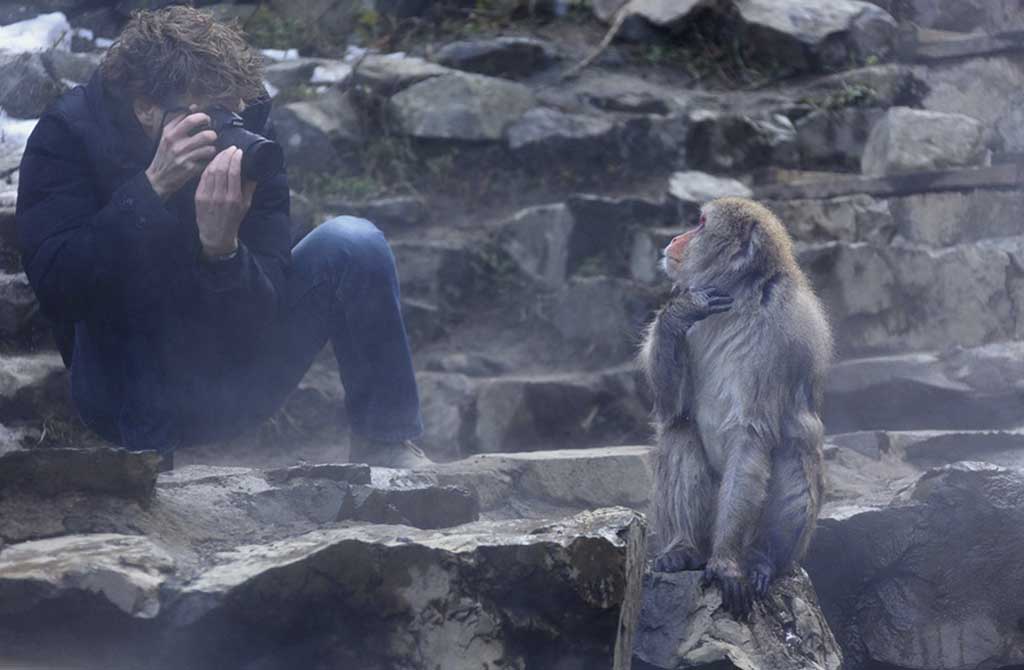 Interestingly, thanks to the baths, the stress level of monkeys is reduced so much that they do not pay attention to tourists who come to the Park to see the macaques bathing.

Who and how built the first soviet house under water and how this experiment ended?