One of the four large representatives of birds of prey, whose body reaches a length of 90 cm, weight in adulthood – 7 kg, and wingspan – 2 m. Just think about it, this is more than the height of the average person!

The basis of the diet of this proud and mighty bird is freshwater and marine fish. During the hunt, the eagles slowly fly around the pond and, seeing the prey, rush down with a swift jerk, stretching their claws forward. Usually these birds grab prey from the surface of the water surface and do not dive, as does the predator-ichthyophage – osprey. 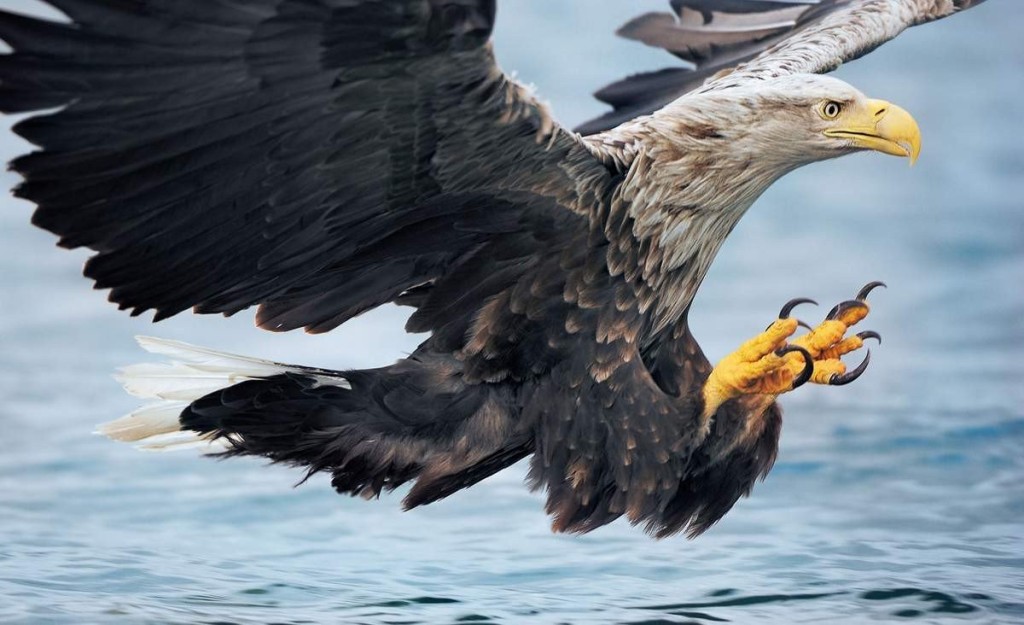 The nests of the white-tailed eagle are quite impressive in size – two meters in diameter and up to a meter in depth. They are located on tall coniferous trees near the trunk or in the upper fork of the trunk.

From the first days of life, white-tailed chicks begin to conflict with each other for food. The white-tailed female plucks a piece from the fish, chews it and forms a lump in her beak, to which the chicks are already eagerly reaching. The largest chick begins to fight for food, pecks smaller individuals. Sometimes younger chicks have an interesting survival instinct at the moment of struggle – they lie down and pretend to be dead.

To date, the white-tailed eagle is listed in the Red Book of Russia, as it has suffered greatly from human economic activity. 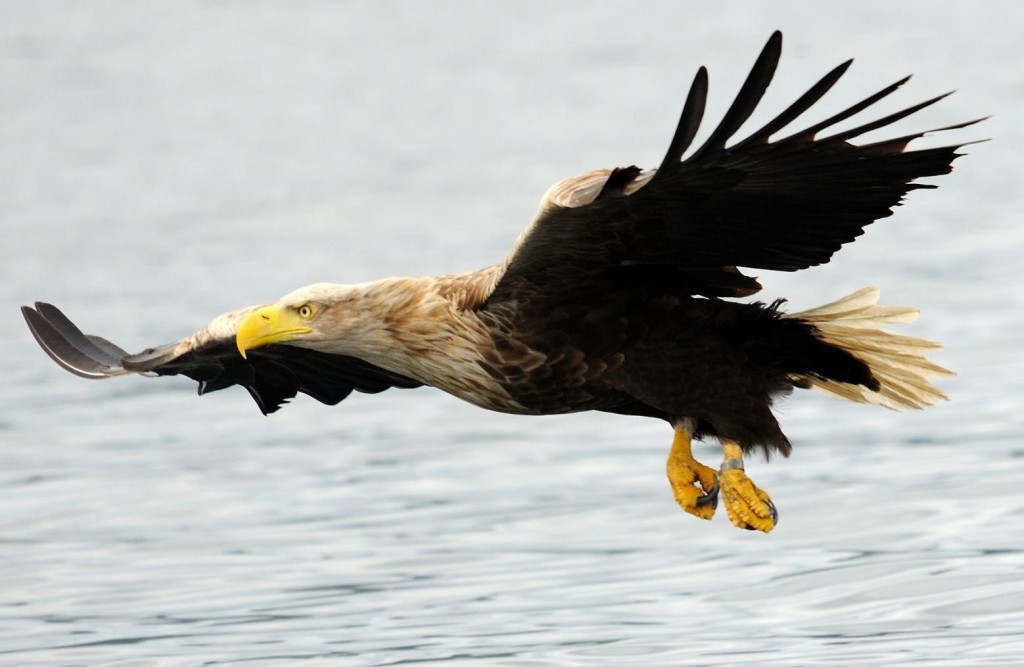 For example, in the 50s and 60s, white-tailed eagles disappeared from the Rostov region. Their disappearance is associated with hunting, active development of floodplains, and, finally, with the excessive use of the insecticide DDT. As it turned out later, this insecticide was a great danger to animals and humans. This toxic chemical caused the thinning of the egg shells, which burst under the weight of the hen's body. Not only eagles were hit, but also other birds of prey. And only after a complete ban on the use of this toxic chemical in the early 70s, the eagles began to return to the Rostov region.

Do you want to learn even more interesting facts about birds? Follow the project "Let's save the Red Book birds of Russia together!" and subscribe to the newsletter!