There are many interesting places in Crimea, both created by nature and built by people. There are some of them that can only be visited with fins and scuba gear.

One of the most unusual sea attractions is the alley of chiefs at Cape Tarkhankut. This underwater Museum is located near Chucha Bay, approximately 100 m from the shore, at a depth of 12-15 m. 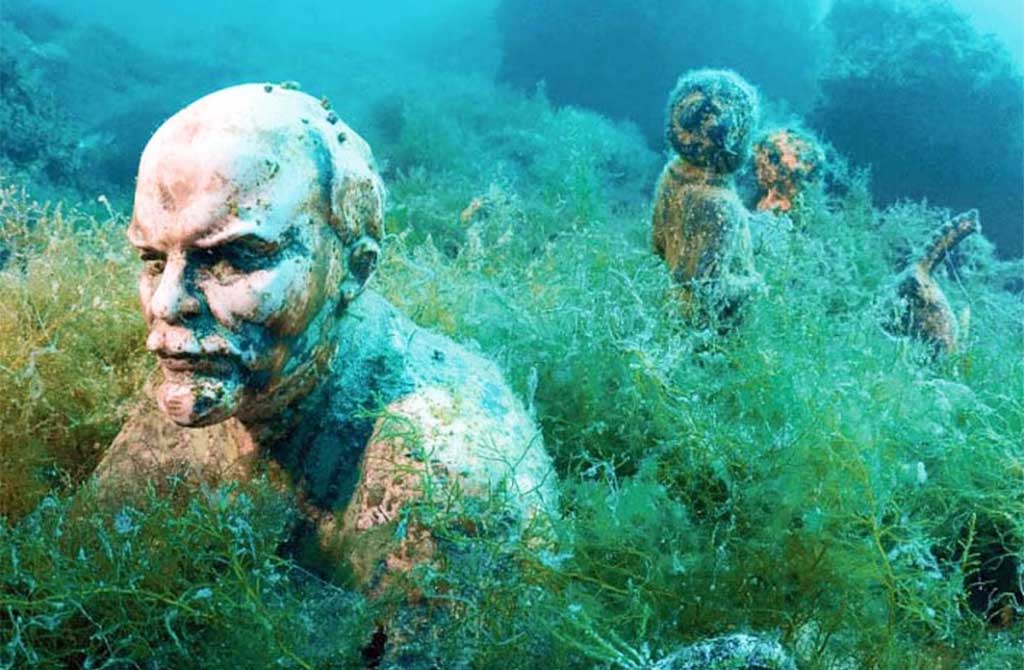 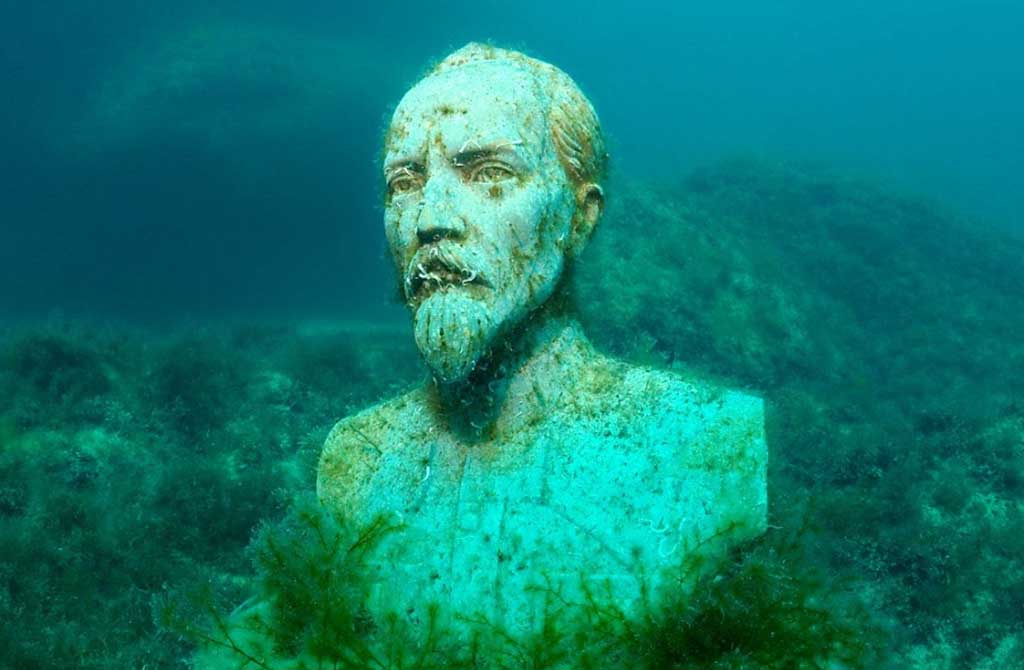 The Foundation of the Museum was laid by Donetsk diver Vladimir Borumensky in 1992. The first exhibits were busts of comrades Lenin, Marx and Voroshilov, which he saved from destruction by vandals. Later they were joined by such famous personalities as Stalin, Gorky, Dzerzhinsky, Kirov and others. They all seem to be doing very well when visiting Neptune. The Museum's exposition is constantly updated, now it has 50 exhibits. The arch in the center divides it into 2 parts. On the one hand, there are political figures of the October revolution, on the other - classics of world and national art. 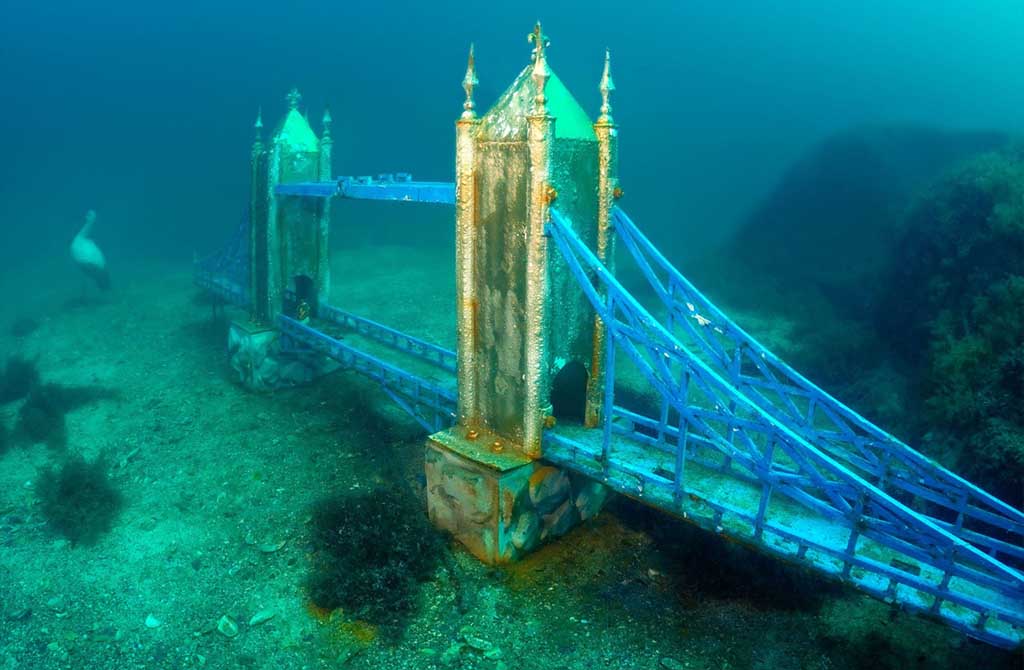 There are also exhibits in the Museum that are not directly related to art or politics. For example, models of the Eiffel tower, London bridge, and the twin towers, or a street payphone that fits perfectly into the underwater landscape. Perhaps on the surface they would attract less attention, but here, under the water, among the shells, algae and local inhabitants - crabs, mussels, rapans and fish, they look unusual and mysterious, reminiscent of the scenery for the filming of a post-apocalyptic movie. 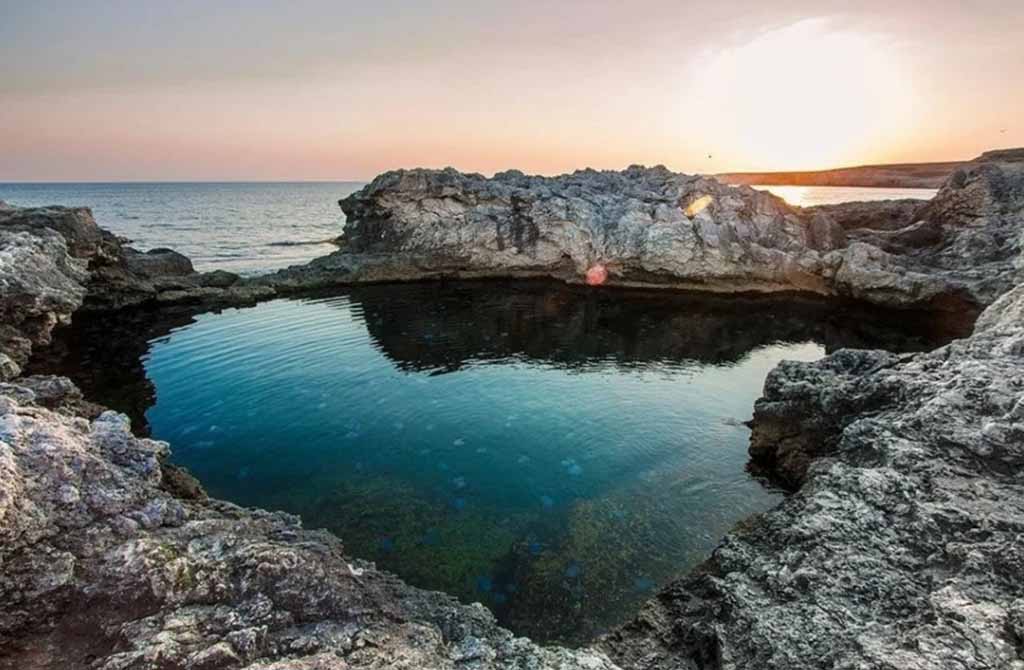 Another interesting place, but now created by nature without human participation - the Cup of Love. This is a natural depression in the rocks in the shape of a heart, filled with crystal clear, transparent sea water. It enters the Bowl through a six-meter tunnel that connects it to the sea. The tunnel is located at a depth of 4 m, and swimming through it is a separate adventure. Good swimmers can do this without special equipment, but it is better, of course, to use scuba gear and not rush anywhere, so that you can take a good look at everything and fully enjoy the moment. This picturesque place has repeatedly become the setting for the filming of feature films, music and commercials. Scenes from “Pirates of the XXI century” and “amphibian Man”were shot here. 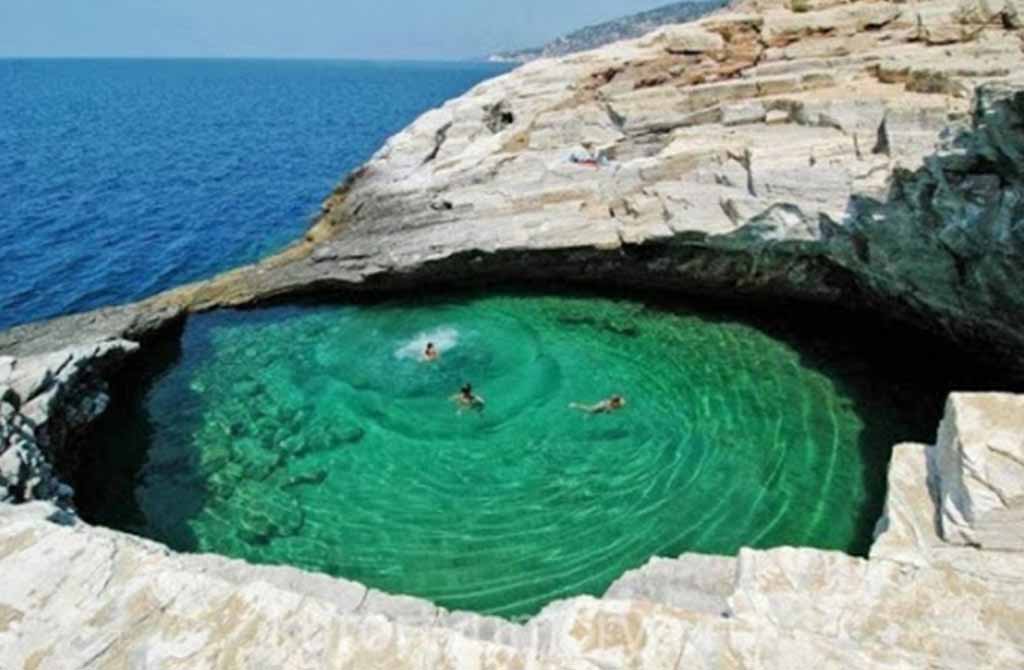 And, of course, the legend - after all, this is the Crimea! If lovers, holding hands, plunge into the Cup of Love, and manage not to open their hands, then their happiness will last a lifetime.

And those who have not yet met their love will face a more difficult test. It is said that at the bottom of the Cup is a stone from Cana of Galilee - the place in the Holy Land where Jesus Christ performed his first miracle and turned the water into wedding wine. And the one who manages to find this stone and touch it will be happy in love for the rest of his life.

The difficulty is that the depth of the Bowl is from 3 to 6 meters, and at the bottom there are several hundred stones. The exact signs by which you can find the same stone are also not known, so you can only count on luck. 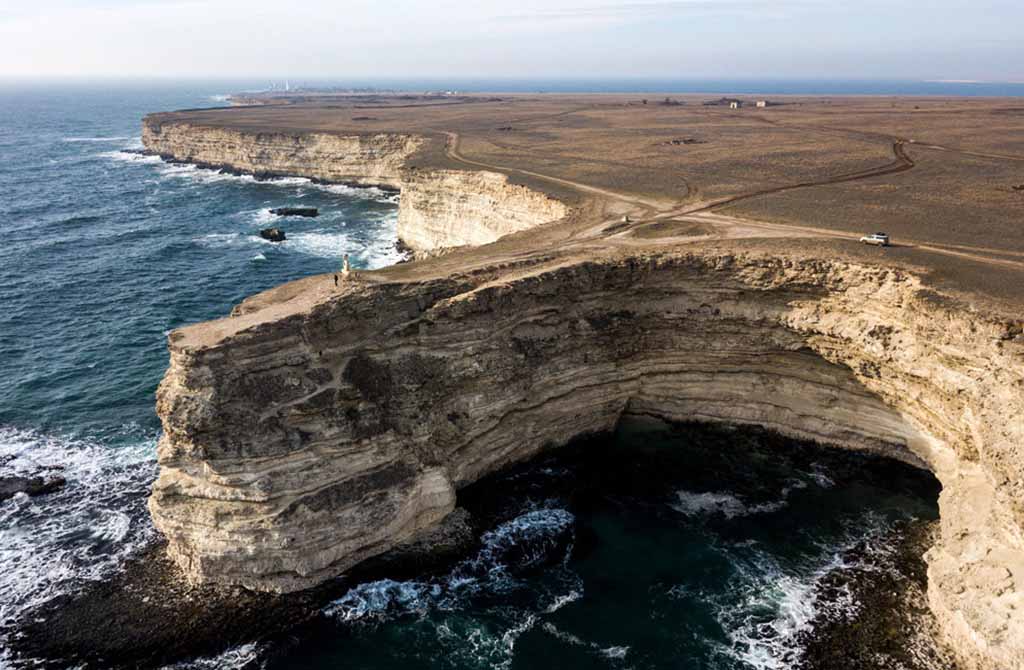 Both attractions are located next door. The alley of Leaders is located at the Cape Big Atlesh, the Cup of love - at the Small Atlesh. You can get to them from the village of Olenevka, the distance is about 6 km. Regular transport does not run there, but you can get there by car, sightseeing boat or Bicycle.

How and why has Humboldt squid changed?

What secrets will crocodiles reveal and what is customary to treat snakes? Answers in our article