For thousands of years, people have created inventions that allow them to adapt to adverse environmental conditions. Or adapting this environment for themselves. The further progress goes, the higher, deeper and further the person goes. Everest, the highest peak in the world, has already been conquered. people went into outer space and plunged to the bottom of the Challenger Abyss. Researchers live for months on the North and South Poles, in permafrost, and the Berber and Bedouin tribes feel great in the deserts. But in fact, the human body is very fragile. Protein in our body begins to collapse when heated to 42°C. when cooled to 29.5°C, most people lose consciousness, and at 26 – dies. Without food, an adult can live an average of 25-30 days (if you save effort and have drinking water), without water - only 3-4 days. And if there was no oxygen, we would be dead in a few seconds.

But there are beings on our planet whose bodies are so adapted to extreme circumstances that they are able to feel comfortable in the most seemingly uninhabitable conditions. The Champions of survival are bacteria. Some of their species are able to live even in boiling thermal springs, in the thickness of ice or acid lakes. But they are so far removed from us in structure and way of life, and so many millions of years older, that we will not consider them as an example.  It is much more interesting to look at multicellular organisms, which, thanks to their characteristics, survive where most living creatures would not be able to hold out for a few days.

Some like it hotter – they are called hyperthermophiles.  This group of animals includes Pompeian worms. These are small, 11-15 cm in length, marine polychaete worms. They live at the bottom of the ocean, in the vents of hydrothermal vents-black smokers. Water in them is heated by contact with magma, and contact with rocks saturates it with sulfur compounds and heavy metals. 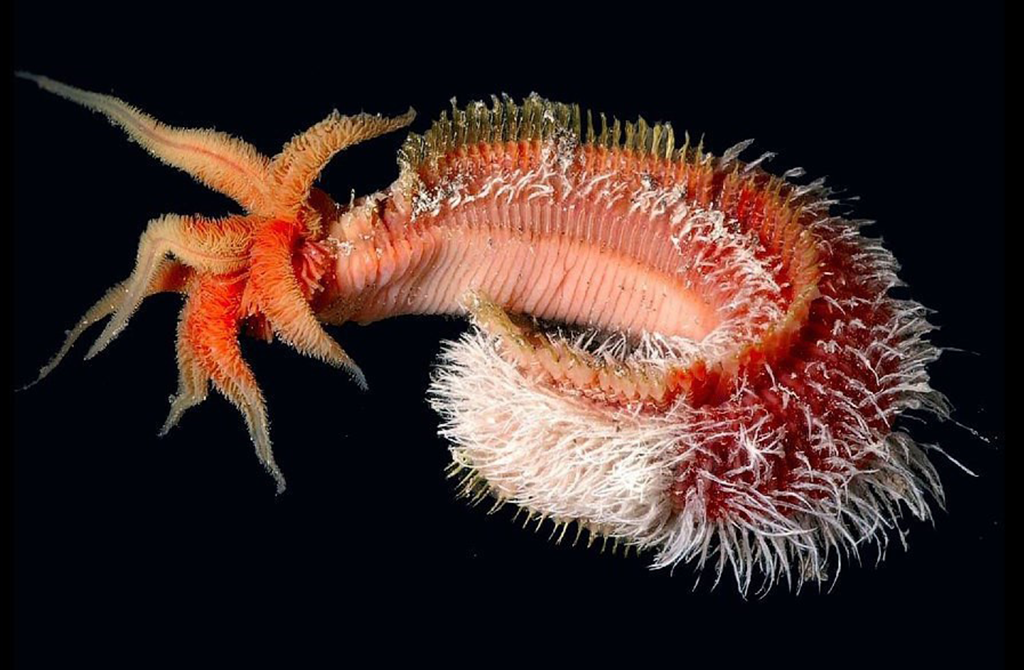 In the depths of the springs, the temperature reaches 300°C. Pompeian worms attach their houses-pipes to the walls at the exit of the black smoker's vent. There, the water temperature is 62-80°C. At the same time, they prefer to keep their head in the cold and stick it out of the source outside, where the water barely warms up to 20-25°C.
To survive in hot water, Pompeian worms are helped by a symbiosis with a special type of bacteria that wrap their body like a spacesuit, a layer 1 cm thick. the Bacteria feed on the mucus that the worms produce, and in turn produce special proteins that protect them and their "host"from overheating.

There are also fans of extremely low temperatures among animals. They are called psychrophile. Oddly enough, the most persistent are not the owners of fluffy fur and dense plumage, but the most, at first glance, not adapted for this purpose animals: insects, reptiles and amphibians.
For example, in the Northern regions of Alaska and Canada, there is a red bark beetle that can withstand frost up to -150°C. its blood contains glycerin and a special protein-antifreeze, which prevent blood crystallization and allow the beetle to survive extreme cold. 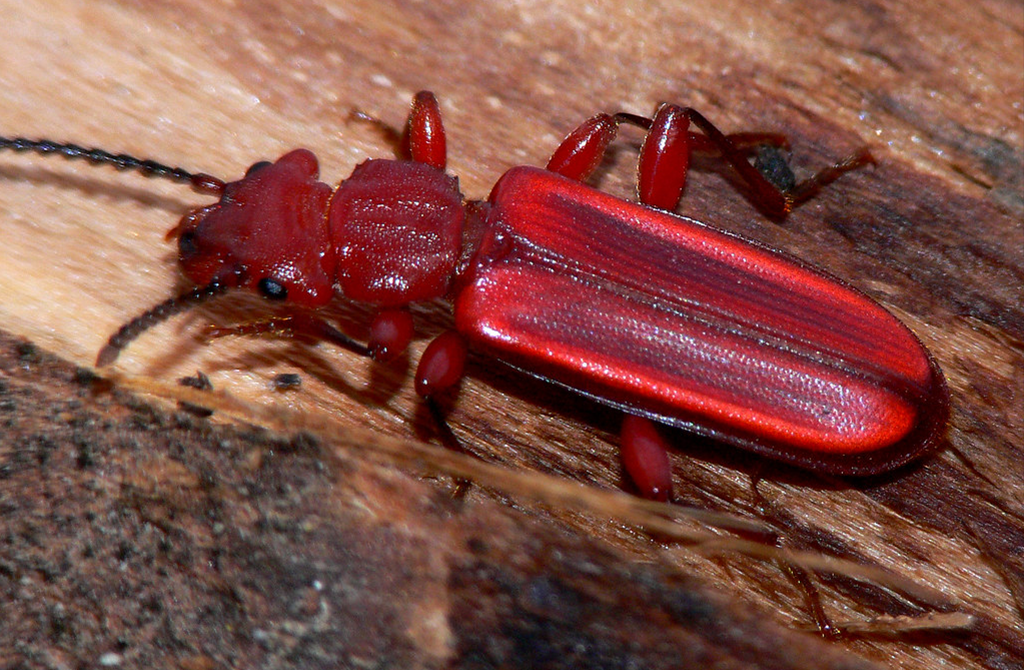 A similar protection mechanism is used by the caterpillar of The gynaephora groenlandica moth that lives in Greenland and Canada. When it goes into hibernation, it is able to survive the cold up to -70°C. at the end of summer, the temperature gradually decreases, and the caterpillar's body begins to produce glycerin and betaine, which prevent blood from crystallizing and help it survive the winter and not freeze to death. By the way, extreme conditions significantly prolong the caterpillar's life compared to relatives who live in more comfortable places. It takes her 7 to 14 years to grow up and turn into a moth! For comparison, an ordinary moth does not need more than a month. However, 95% of its long life Gynaephora groenlandica spends in hibernation. Some species of vertebrates also have the ability to hibernate when the temperature drops significantly and to revive again with the onset of heat. So, in the permafrost, several specimens of the Siberian anglerfish were found, which had lain there for 80-100 years. After defrosting, they continued to live as if nothing had happened. Some species of frogs, snakes, and turtles have the same superpower. 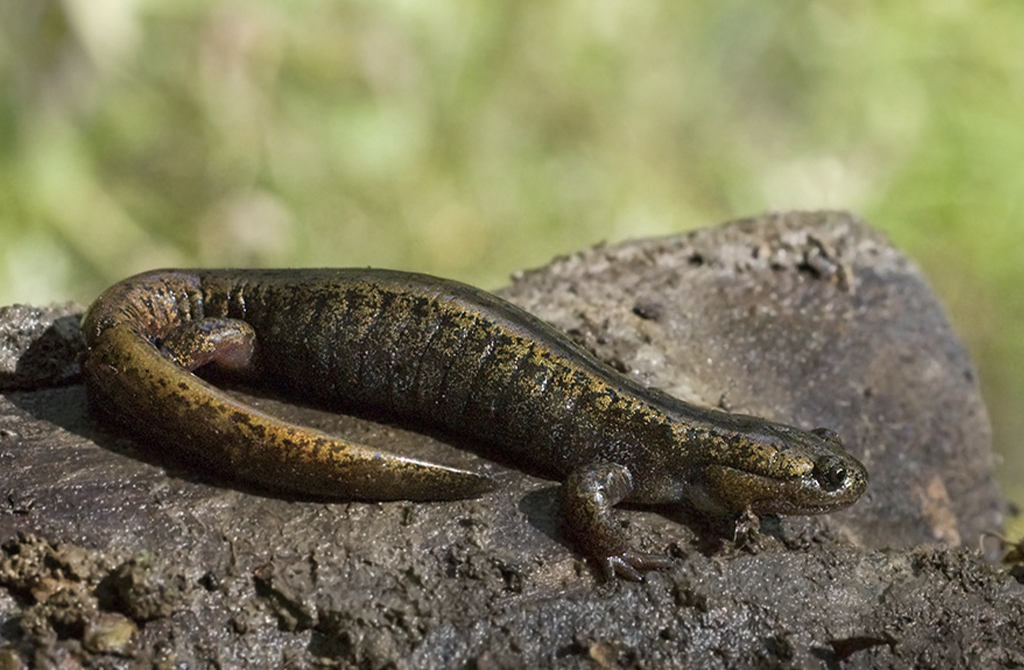 Another animal that is not afraid of snow and cold is the Himalayan jumping spider. It can be found at an altitude of 6700 m above sea level. In addition to the cold, the" pleasant " features of its habitat are added to hurricane winds, a rarefied atmosphere and the absence of insects that feed on spiders. He only eats when he can find the bodies of insects that were brought to the top of the Himalayas by the same wind. 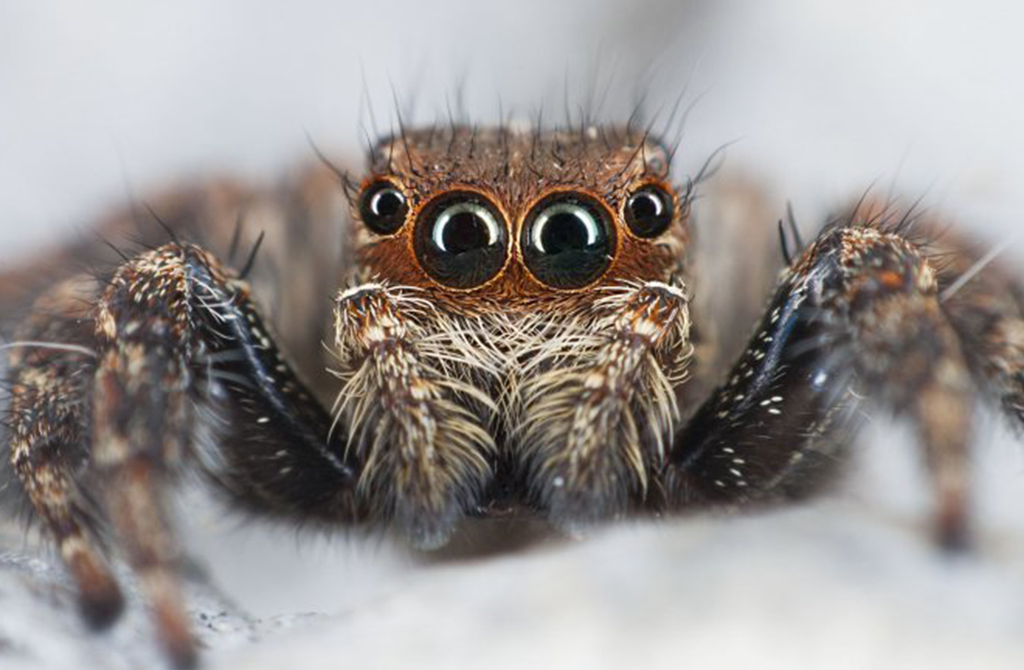 The opposite of the Himalayan spider is the devil worm. This was the name of a type of roundworm – nematode found by scientists in South Africa at a depth of 3600 m below the earth's surface. This is an absolute record for multicellular organisms. This extreme is able to withstand high temperatures and live in conditions of high pressure, almost complete lack of oxygen and excess methane. Previously, it was thought that only bacteria could survive in such conditions. 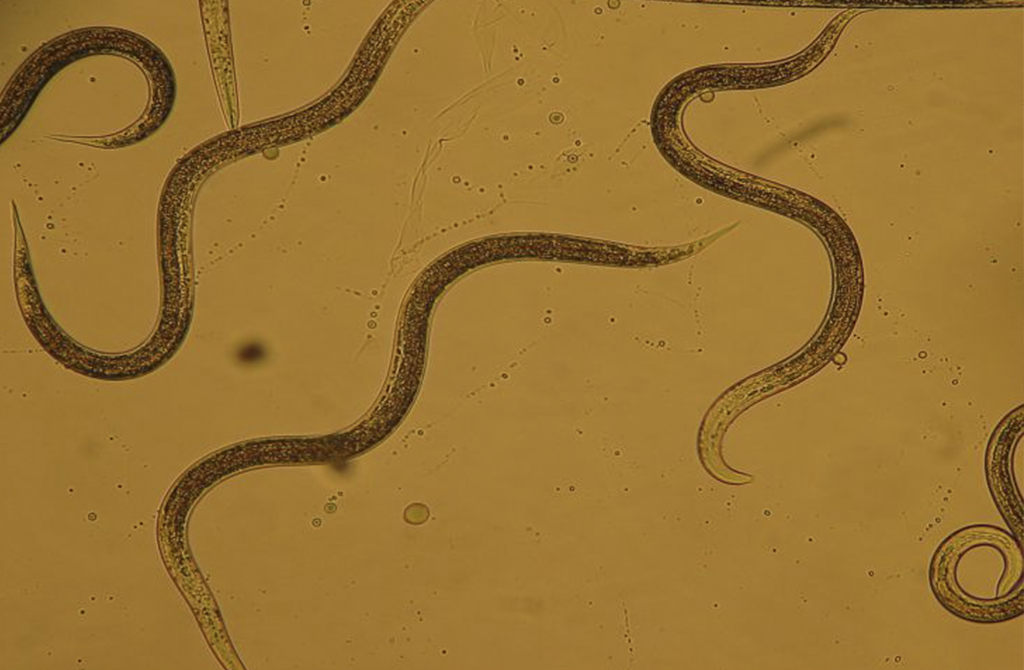 Meet among animals and lovers of salty-halophiles. In the United States, in the state of Utah, there is a Large Salt lake. Its salinity reaches 270 ppm – 6.5 times higher than that of the famous Dead sea. Here lives a tiny crustacean Artemia. Its length is about 12 mm. Artemias live in other reservoirs with a salinity of at least 60 ppm. This allows them to avoid proximity to predators, which in such conditions simply would not survive. In another US state, California, there are several bituminous lakes. There, right in the crude oil, lives a special kind of flies-oil flies. For the vast majority of living creatures, oil is poisonous. These flies are the only multicellular animals known to science that can not only live in oil, but also feed on it. Their larvae swim in bitumen and breathe through spiracles that are exposed above the surface. They eat insects trapped in the oil lake, and together with them they swallow oil, which, it seems, does not harm them at all. 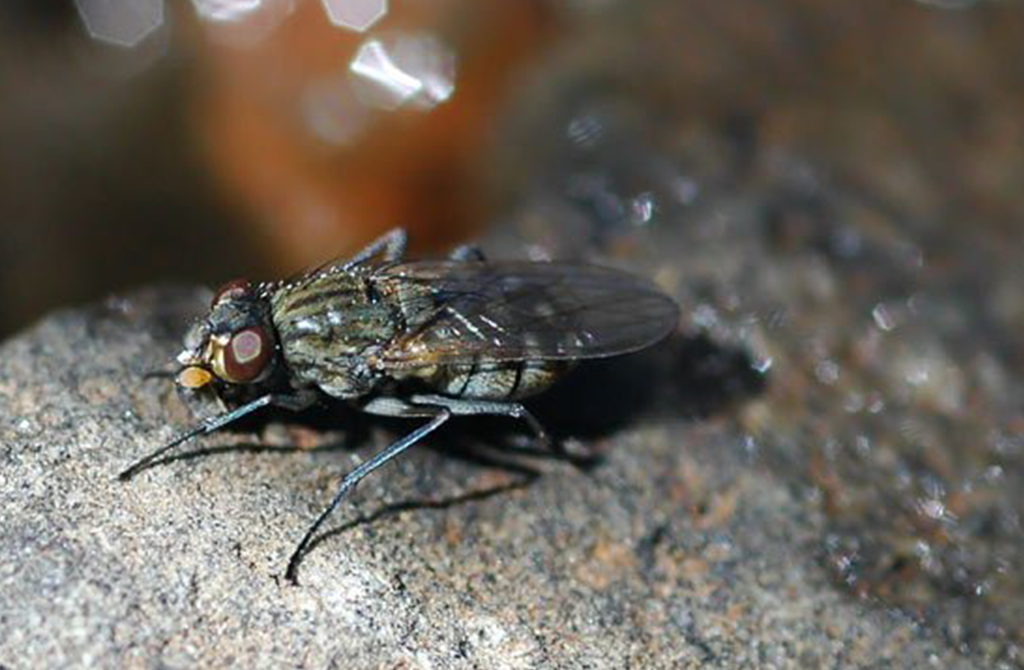 But the champion among extreme athletes can be considered a Tikhokhodka. Scientists have found this microscopic, about 1mm in length, invertebrate animal, at high magnification resembling a funny eight-legged bear in a spacesuit, and in thermal springs with boiling water, and at sub-zero temperatures under a layer of ice, and on top of the Himalayas. It is able to withstand a huge pressure, 1200 times higher than atmospheric pressure, and a high level of radiation, equal to 1000 lethal doses for humans. In addition, Tikhokhodka can fall into a state of cryptobiosis and remain alive for decades without food and water. But the most surprising thing is that in 2007, scientists launched them into outer space, and most of the animals returned safely to Earth. 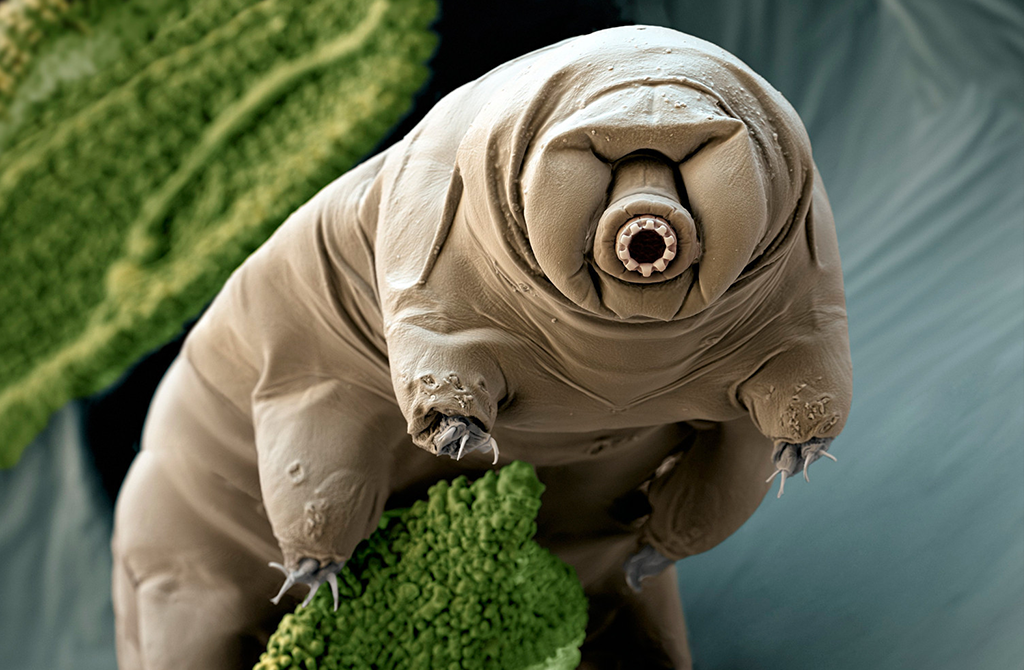 Observing these amazing animals is not only interesting in itself. It allows scientists to collect material about how living things adapt their bodies to adverse conditions. Perhaps one day, thanks to them, there will be technologies that will help our bodies learn to tolerate heat, cold, pressure, radiation and other extreme factors without the help of special devices and without harm to themselves.

The Ozone layer is the thinnest protective veil enveloping our planet. Its existence is one of the main conditions for the preservation of life.