«Let's save the Red Book birds of Russia together!»

In 2022, the Notivory Environmental Foundation plans to implement the developed Project "Let's save the Red Book birds of Russia together!"

The project is aimed at preserving the population of waterfowl, their habitats and nesting sites, including rare birds listed in the Red Book of the Russian Federation and the Red Book of the Vladimir region, such as the red-necked (podiceps auritus) and black-necked grebe (podiceps nigricollis), in the water area, as well as in the territory adjacent to the artificial reservoir formed as a result of the construction of a hydraulic structure on the Simka River, near the village of Matveishchevo Yuriev-Polsky district of the Vladimir region, through the implementation of a complex of environmental measures. 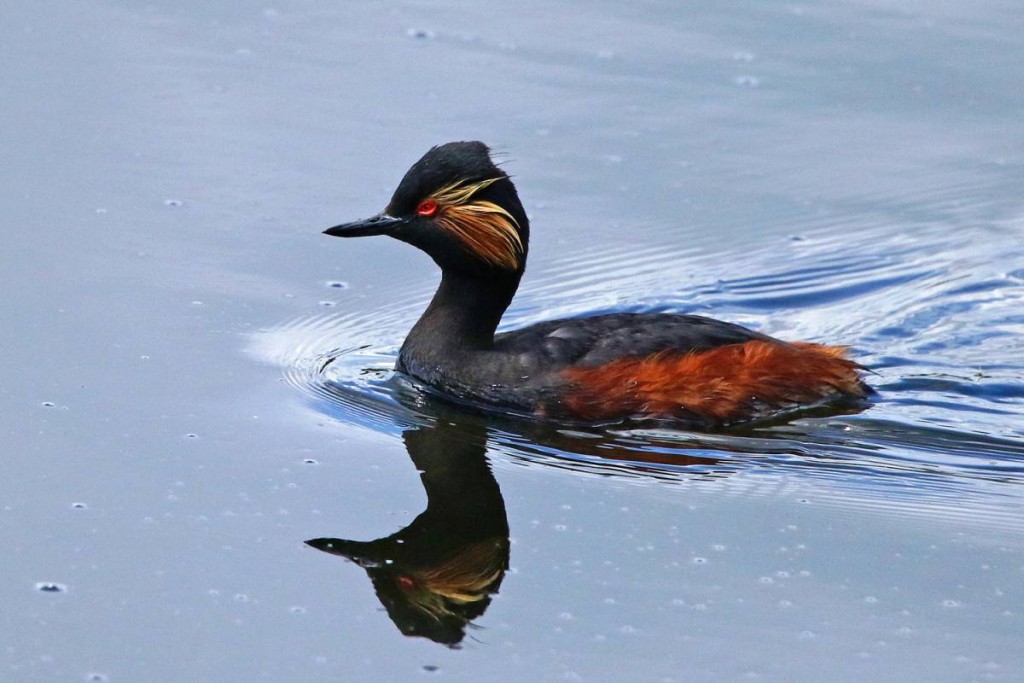 Within the framework of the Project, a research expedition will be conducted with the participation of specialists to survey potential nesting sites of birds, select the most favorable places for nesting, as well as determine the type of artificial nest needed. As a result of the expedition, the territory of the reservoir with a total area of at least 30 hectares will be surveyed, places of potential nesting of birds will be identified, round-the-clock monitoring of local species of waterfowl, including red Book birds of Russia, will be carried out, and habitats of waterfowl will be mapped. Based on the results of the expedition, a short film will be made about waterfowl, their habitats and nesting sites, including rare red-book birds.

In order to support the biodiversity of waterfowl, artificial nests will be installed, as well as information notices about inhabited bird species and the rules of human behavior in this area, including warning signs for owners of water transport.

An environmental initiative will also be held on the shoreline of an artificial reservoir on the Simka River with the participation of at least 20 volunteers. The event will be of an ecological and educational nature, accompanied by informational materials and an informative lecture, thanks to which participants will be able to replenish their knowledge about waterfowl, including those listed in the Red Book of Russia and the Red Book of the Vladimir region. A collective drawing contest on the theme "Let's save the Red Book birds of Russia together!" will be organized for schoolchildren. A free excursion to the Vladimir-Suzdal Museum of Nature will be organized for the winning class. In order to ensure sustainability and consolidate the experience of the Project, informational materials will be prepared for school teachers who will conduct environmental lessons with schoolchildren.

In order to attract the attention of the general public, including media representatives, to the project on the local conservation of red Book animals that have settled next to humans, an interregional online panel discussion will be organized with the involvement of experts in the field of ecology and environmental protection, representatives of environmental organizations in order to consolidate efforts to improve the ecological culture of the population and exchange experience on the local conservation of endangered species of animals. Also, in order to widely inform the public, an information campaign will be held on the Internet for residents of Russia who will learn about the species of red-book birds, will be able to virtually take part in a research expedition, enjoy professional photos of the inhabitants of the Simka River, cheer up volunteers, participants of environmental actions, and also watch a short film shot as part of the Project.

Further development of the Project

In the future, the Project will expand the geography of activities in other regions of Russia, conducting research expeditions and installing artificial nests to support the population of red-book birds of Russia.
In order to ensure sustainability and consolidate the experience of the Project, information materials will be prepared for school teachers who will conduct environmental lessons with schoolchildren at the end of the project.

A short film published as part of the Project will be used by the foundation to inform a wide audience about the need to reduce anthropogenic factors in order to preserve the population of red Book birds of Russia.

In order to monitor the situation regarding the increase in the population of waterfowl, a research expedition will be conducted a year after the end of the Project, and then for the purpose of regular observations and monitoring of the situation at least one expedition every two years.

The Foundation actively supports decarburization, cooperating with the leading and most progressive technology companies that develop advanced technologies of "green" and "turquoise" energy, significantly reducing the carbon footprint.

An environmental strategy for resource extraction companies, including oil, gas and mining companies is becoming one of the most important components of the overall development strategy. While decarburization and the environmental agenda is becoming an increasingly powerful tool in the competition, the fashion for sustainable products and technologies is becoming a responsibility.

Back to actual projects