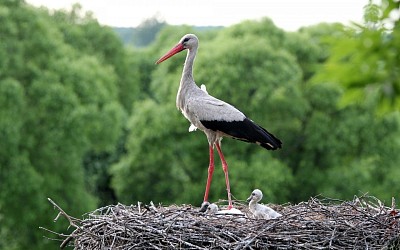 All the most interesting things about the stork
As part of the Project «Let's save the Red Book birds of Russia together!» we are telling you some interesting facts about storks. 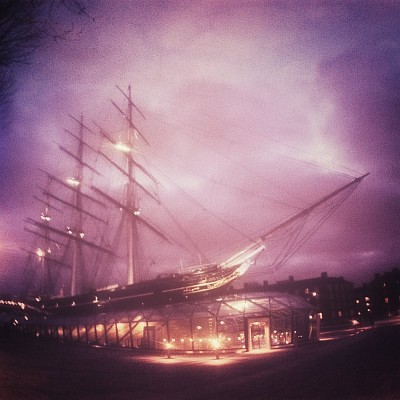 St. Elmo’s Lights — what is it?
In ancient Rome, sailors believed that crazy stars descended from the sky and rode on the masts of their ships. And it was considered a good sign. It means that the storm will end soon, and in the coming days the sea will be calm. However, if «crazy stars» appeared over a person’s head, it promised him misfortune. Today, the «crazy stars» are well studied by scientists and are called St. Elmo’s Lights. 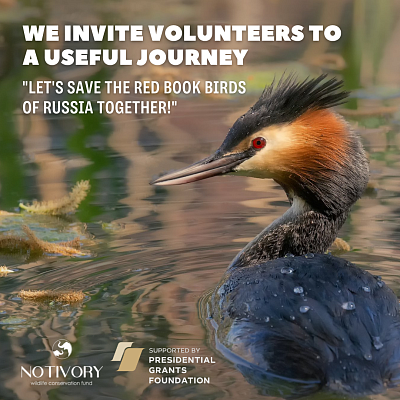 On a useful journey with Notivory!
We invite volunteers from Moscow and the Moscow region to an environmental action in the Yuryev-Polsky district of the Vladimir region. 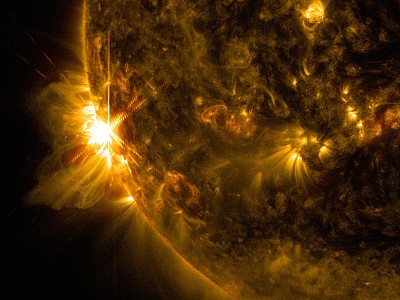 «The creak of the Earth»: abnormal sound phenomena in nature
«The creak of the Earth», «The Hum of the Earth» — this is what eyewitnesses call this phenomenon. There are many videos taken by people in the mountains during hiking or even from the windows of houses in the middle of the night. Before we move on to trying to understand the possible causes of this anomaly and the versions put forward by scientists, we suggest you watch a selection of videos from eyewitnesses and listen to this sound. 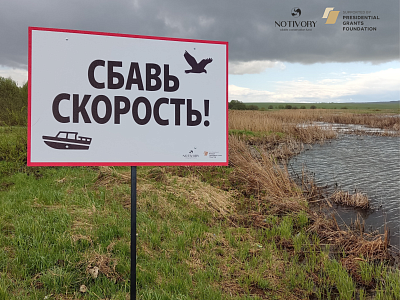 The Notivory team has installed warning signs and information notices about rare waterfowl
Within the framework of the project «Let's save the Red Book birds of Russia together!», the implementation of which is carried out in the water area, as well as in the territory adjacent to the artificial reservoir formed as a result of the construction of a hydroelectric facility on the Simka River, near the village of Matveishchevo, Yuriev-Polsky district of the Vladimir region, the Notivory Environmental Foundation has installed warning signs and information notices for local residents. 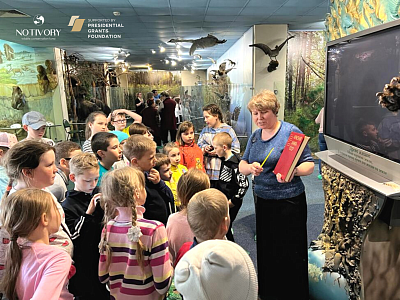 The Notivory Foundation organized an ecological excursion for schoolchildren
The students who won the contest of collective drawings on the theme «Let's save the Red Book birds of Russia together!» visited the «Museum of Nature» of the Vladimir Suzdal Museum Reserve 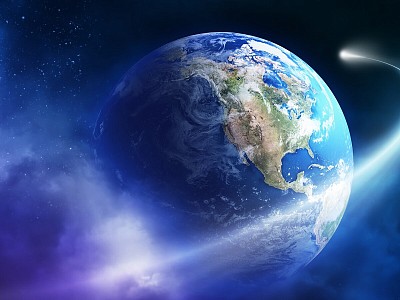 Planetary intelligence. Scientists believe that the Earth may be an intelligent being!
A planet that has intelligence and comes into contact with its guests and inhabitants often becomes part of the plot of science fiction books and films. Remember, for example, Stanislav Lem’s «Solaris», the planet Penelope from Kir Bulychev’s book «The Girl from Earth» or James Cameron’s «Avatar». The action of these works takes place far away in space. But scientists suggest that our planet can also be considered a living superorganism with signs of an intelligent being. 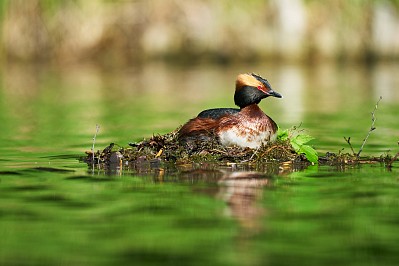 Who are the «Poganki»?
As part of the Project «Let's save the Red Book birds of Russia together!» we want to tell you about the waterfowl with the strange name «Poganki» 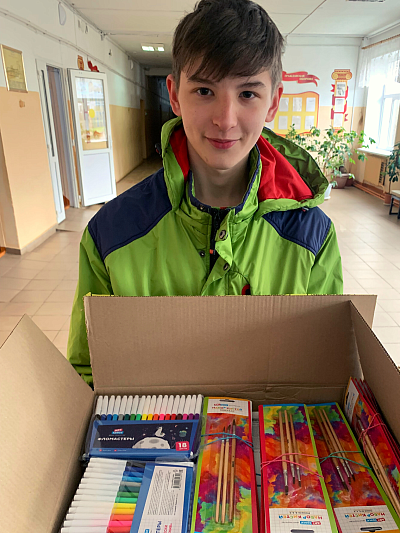 The Notivory team organized a collective children’s drawing contest on the theme «Let's save the Red Book birds of Russia together!» among the schoolchildren of the Simskaya School
This year our Foundation pays special attention to ecological and educational work with younger schoolchildren, because it is at this age that it is extremely important to form a child’s understanding of the world around him and the need to take care of him. 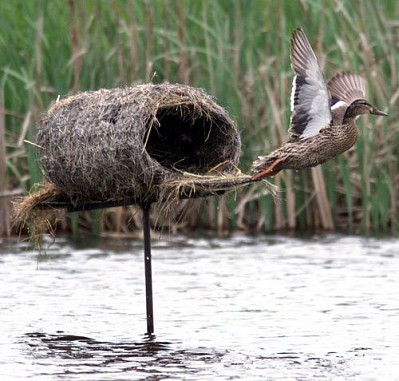 Artificial nests: who needs them?
Dear friends, we remind you that the Notivory Foundation team is implementing a set of environmental measures to preserve the Red Book birds of Russia, within which we plan to install artificial nests on the Simka River (Vladimir region).

Kings of disguise. TOP 3 animal champions in the game of hide and seek!
In the wild, the ability to disguise is skill #1. At the same time, it does not matter whether you are a predator or prey — the ability to be inconspicuous and merge with the surrounding environment will be useful in both cases. Some animals have honed this skill so that it has become a real art. At the same time, they do not use any extraneous devices, but act exclusively with the help of the capabilities of their own body. 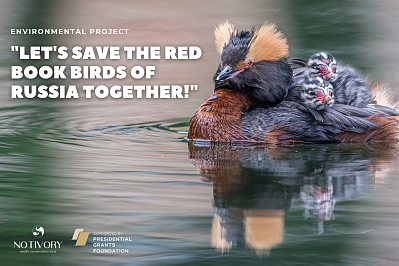 The project of the Notivory Foundation «Let's save the Red Book birds of Russia together!»
Friends, starting from April 2022, we have launched an environmental project aimed at preserving the population of waterfowl, their habitats and nesting sites, including rare birds listed in the Red Book of the Russian Federation and the Red Book of the Vladimir Region, such as the red-necked and black-necked grebe. 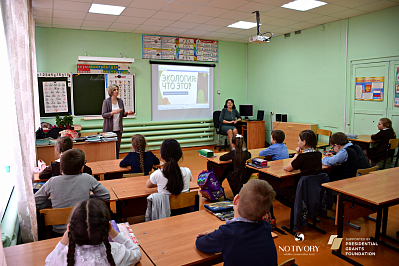 The Notivory Foundation team has developed a presentation material for eco-lessons for younger schoolchildren
Within the framework of the Project «Let's save the Red Book Birds of Russia together!» with the support of the Presidential Grants Fund, the Notivory Foundation team developed a presentation material for eco-lessons and handed it to the teachers of the Simskaya Secondary school of the Yuryev-Polsky district of the Vladimir region. 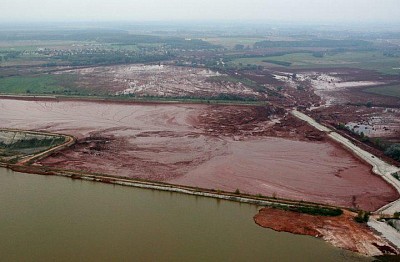 The consequences of the disaster on the longest river in Europe
22 years ago, residents of coastal villages celebrated a memorial service for a tributary of the Danube, and today it still remains a «dead river». 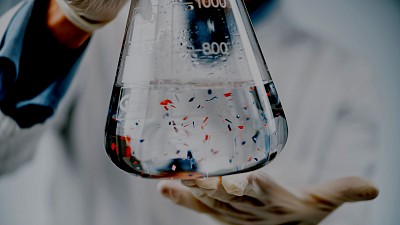 A marine mushroom that actively decomposes plastic
The discovery of scientists from the Institute of Oceanology at the Academy of Sciences of the People’s Republic of China can save the planet from plastic pollution. 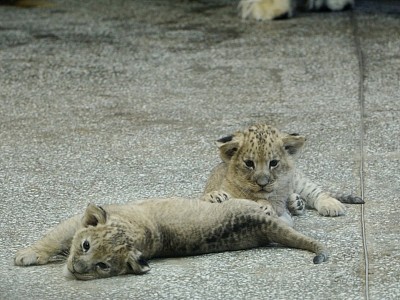 Silent hostages of the prevailing conditions
Since the beginning of the special operation in Ukraine, animals abandoned by their owners and living in zoos on the territory of the Donetsk and Lugansk People’s Republics have been in distress and need humanitarian assistance. 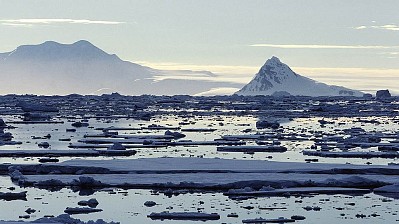 Global warming may lead to poisoning of humanity
Scientists from the University of Leeds believe that global warming can release a dangerous gas — radon. According to researchers, permafrost historically protected the planet as a barrier, blocking the release of radon to the surface, now the situation has changed. 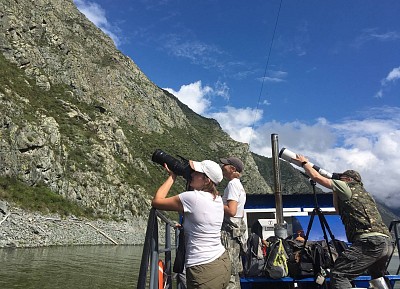 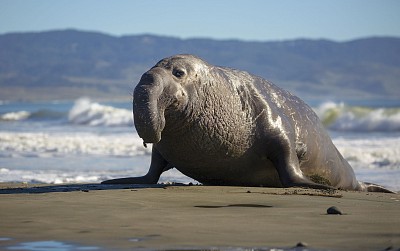 Record holder of deep — sea dives: who is he?
For a long time it was believed that the title of the record holder for diving to the depth belongs to the sperm whale. But new data has appeared, which we will tell you about in this article. 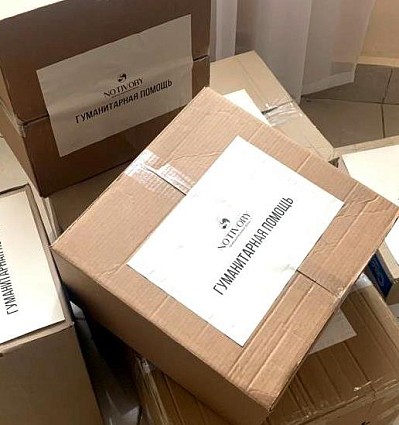 The team of the Not ivory Foundation began to support refugee children from the Donetsk People’s Republic
On March 20, refugees from Mariupol were settled in the Sosnovy Bor sanatorium in the Yaroslavl region. Now there are 96 people there, including 20 children,…